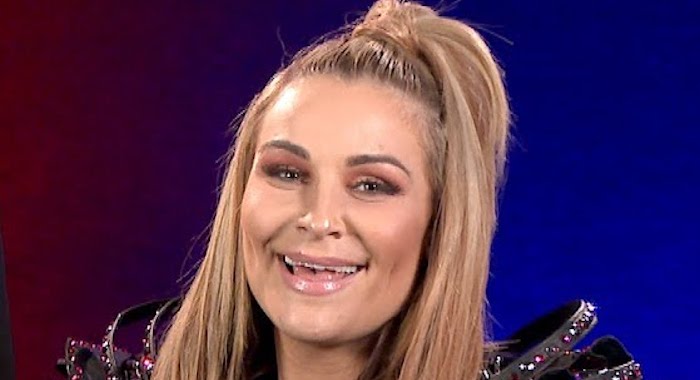 Natalya noted on Twitter that she dedicated her match on WWE Raw this week to the late WWE legend “British Bulldog” Davey Boy Smith:

Dedicated this win tonight on #Raw to my uncle the #BritishBulldog Davey Boy Smith…Every time I’m in England, it’s hard not to think of him. ♥🇬🇧🙏#AlwaysInOurHearts pic.twitter.com/OdLGirRe5T

Great seeing @DBSmithjr last night. It had been a little while but we always pick up right where we left off ✈ 🏴󠁧󠁢󠁥󠁮󠁧󠁿 pic.twitter.com/av0lAveQ8D

The new book “WWE Raw: The First 25 Years”, is officially on-sale today, and below is promotional material for the book along with several book photos:

All the best moments of WWE RAW

An anniversary edition covering 25 years of WWE’s flagship entertainment event, packed with all the highlights, amazing photography, and fascinating facts. From the very first show in January 1993 to January 2018, all the memorable moments, key matches, and shocking plot twists of RAW are faithfully recorded in this stunning book. Engaging text and incredible photography from WWE’s archives–including action shots, Superstar portraits, posters, and other memorabilia–take the reader on a trip through RAW’s history.

The year-by-year format offers an exciting visual journey through RAW’s history and makes it easy to find favorite eras and episodes. Superstars are profiled in detail, including Brock Lesnar, John Cena, The New Day, Charlotte, Sting, Seth Rollins, Roman Reigns, Nikki Bella, and many, many more. “Elsewhere in WWE” boxes describe key events from other WWE events, such as Smackdown and Wrestlemania, giving a comprehensive picture of the WWE universe. A must-have for RAW fans old and new.