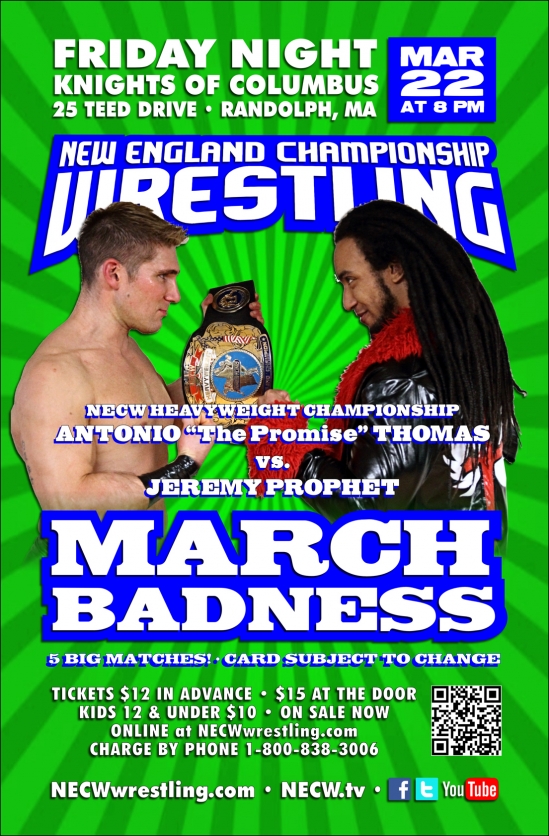 Don’t Miss The Last Live Event Before The TV Premier!

The new NECW Tag Team Champions, “Superstar” Scotty Slade & “The Shure Thing” Mark Shurman have a rematch with the men they beat for the titles — the team of Mike Webb & Nick Farenheight.

After their conformation last month, “The Boston Bad Boy” Jason Rumble squares off against Elia Markopoulos in a Boston Street Fight. If Elia wins, Jason must retire from professional wrestling. If Jason wins, The Crown Jewels must break up forever. “Mr. Fabulous” Tony Ulysses will be in Elia’s corner for that match up.

All this plus Johnny Thunder and the return of Mistress Belmont.