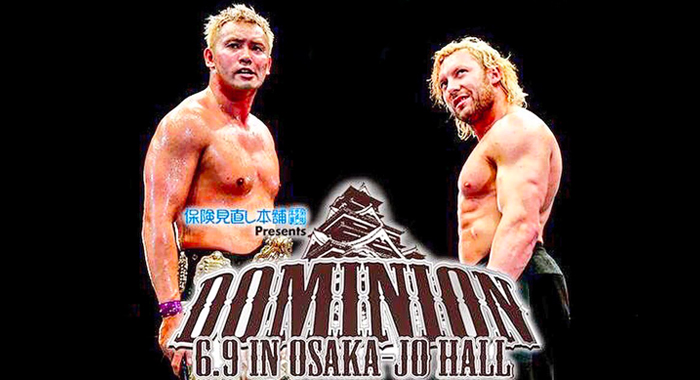 Report by Mike Killam for ProWrestling.com

The challengers did stereo dives over the ropes before the match started, and the two teams brawled on the outside. Suzuki-Gun controlled early on with their typical offense, brawling into the fans, throwing each other into chairs, etc. Sho eventually got the hot tag and hit a series of dropkicks and German suplexes, as the brawl continued on the outside by the non-legal men. Roppongi rallied after Kanemaru accidentally spit whiskey into his partner’s eyes, connecting with stereo running knee strikes. They tried for the 3K but Desperado recovered in time to block it. After a bit of back and forth the challengers lost track of Kanemaru and he blasted Sho with the whiskey bottle, rolling him up to steal the win.

Juice got a bit too fired up to start, screaming obscenities at his opponents before Jay White swiftly took him to the mat and punished him with submissions. The CHAOS boys alternated in with quick tags, working over the lowest back of Finlay for several minutes until Robinson managed to get back into it. He flew off the top rope with a crossbody taking down White, working the fans into a frenzy as he connected with strikes and suplexes to the U.S. Champion. Yoshi-Hashi got involved here and there, but the commentators are really playing up that he’s somehow lost his fire or relevancy over the last few months, and speculated that he might not even be in the G1 Climax this year. In the end Juice reversed a Blade Runner and hit the Killswitch on White, pinning the champion in a surprisingly brief match.

Robinson grabbed the IWGP U.S. Heavyweight Championship after the match and walked on/over White’s body, posing on the top rope as some of the fans cheered. Sort of mixed reaction after he disrespected the champion.