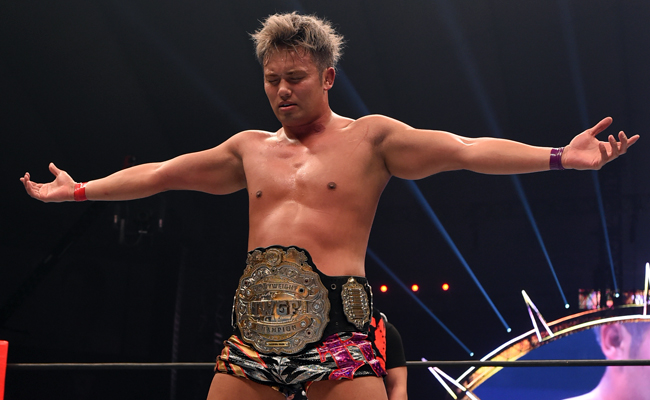 In what would be his final title defense of 2017, Kazuchika Okada defeated Los Ingobernables de Japon star EVIL in the main event of Monday’s NJPW King of Pro Wrestling event, effectively securing his place in professional wrestling history.

With this victory comes confirmation that “The Rainmaker” will surpass Shinya Hashimoto’s record as the longest reigning IWGP Heavyweight Champion in history, beginning on October 23rd. Barring any major injuries, Okada will also surpass Hiroshi Tanahashi’s all-time record of combined days as champion, and he’ll do it just hours before stepping into the main event of Wrestle Kingdom 12 against Tetsuya Naito.

In overtaking Hashimoto’s record, which has now stood for more than 20 years, Okada leaves no doubt that his title reign will not only be the longest in history, but the greatest as well. Below a list of the 29-year-old prodigy’s title defenses as well as key non-title performances during his reign, alongside their rating in the Wrestling Observer Newsletter.