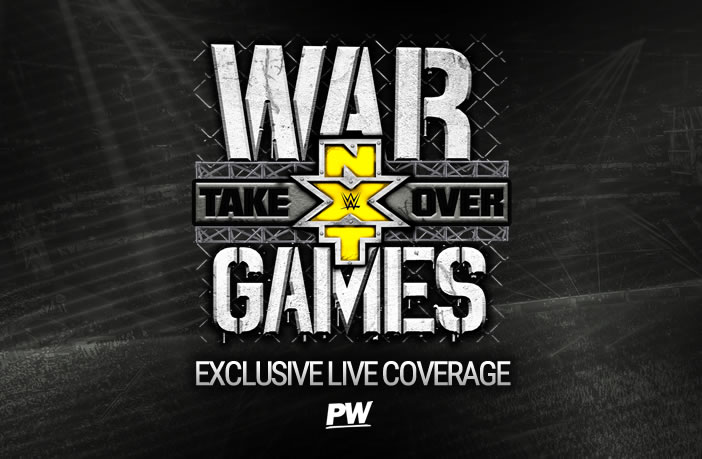 Welcome to ProWrestling.com’s exclusive live coverage and discussion area for NXT Takeover: WarGames. Tonight’s show is live, and available only on the WWE Network, beginning at 8pm EST.

We encourage you to sign up for an account in our new Disqus comment section below, and chat along with other readers live during the show!

– Mauro Ranallo welcomes us to the city that just won its first World Series, alongside Nigel McGuinness and Percy Watson. They run down the card and show off the brand new WarGames structure, which as we’ve reported, does not have a ceiling.

Ohno started out looking great with rapid, brutal elbow shots to the back of his opponent’s head. He connected with a spinning back first and went for the early cover, but only got two. Sullivan couldn’t get anything going as Ohno just took shots at his back and neck, putting the boots to him and keeping him grounded with elbows and knees. Sullivan fired up out of nowhere and the two came face-to-face, trading fists back and forth. Another big elbow from Ohno sent Sullivan reeling into the ropes, but the big man planted him with a Freak Accident for the win. KO was on fire throughout and had 95% of the offense, but it only took one big move to put him away.