Currently the two tag team divisions are spearheaded by the Deleters of Worlds Bray Wyatt and Matt Hardy on RAW, and the Bludgeon Brothers Harper and Rowan on Smackdown Live. Harper and Rowan definitely deserve to be champions, but 2014 or 2015 would have been ideal for them before WWE completely dropped the ball on the whole Wyatt Family faction and ‘DELETED’ their credibility. As for the team of Hardy and Wyatt, I believe there is some potential between the two as a team and could make for some quality segments, but their lack of on-screen time and RAW’s not-so-stellar tag team roster hurts their credibility as champions. 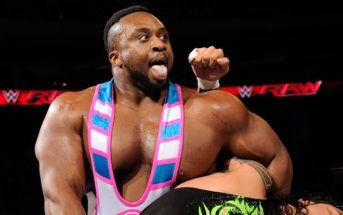 Neither tag team championship was defended at the Backlash PPV and now that each PPV is dual-brand, that does not bode well for the tag team division in WWE. As of this writing, only the Smackdown Tag Team Championship is set to be defended on the Money in the Bank card where the card currently stands at a beefy ten matches.

WWE’s tag team division has proved to be a roller coaster throughout the past twenty years. I would consider the division we’ve had for the past couple years to be the best tag team division in recent memory. However, WWE’s revival (no pun intended) of the brand split has caused the tag team division to be split in half and has hindered its progress at times.

For most of last year, Smackdown’s tag team division was the best part of the blue brand. A contender for rivalry of 2017 was The Usos versus The New Day who delivered great matches again and again. Tuesday nights also featured a somewhat deep division with Chad Gable & Shelton Benjamin, Wyatt Family 4.0 a.k.a. the Bludgeon Brothers, Breezango, The Ascension, and Rusev Day adding to the mix.

Like last year, Smackdown’s tag team division is stacked with the addition of quality teams. You have the Bludgeon Brothers as champions, The New Day, The Usos, Rusev Day, Gallows & Anderson, The Bar, a sidelined Colón duo, and a SAnitY stable with a debut imminent. The key word here is quality.

Continued on the next page…