Check your pulse.  CM Punk is partially “ALL IN.”

News broke Friday that CM Punk would be making an appearance in Chicago during All In weekend.  Punk will be appearing at the Pro Wrestling Tees retail store in Chicago on August 31, the day before All In.   I personally was shocked at the announcement as Punk has had no real interest in returning to wrestling and has had very little contact with anyone in the wrestling world.  Despite all of that, CM Punk will conveniently be in Chicago the same time as the All In indie supershow.  Hmmmmm. 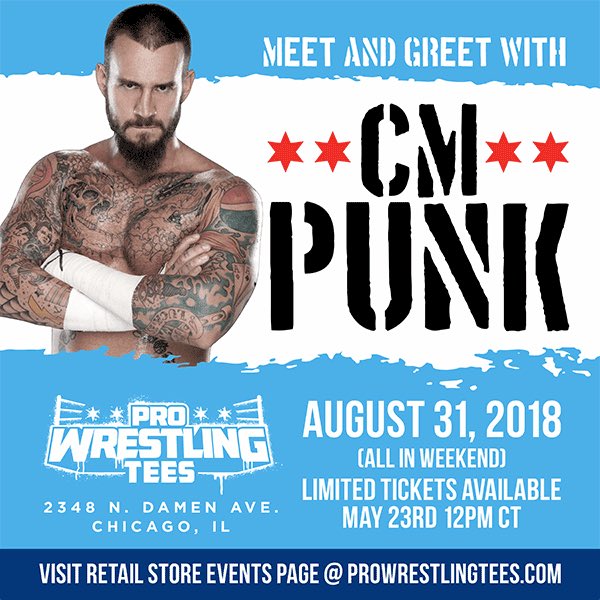 I am very certain that while he may not be officially announced as “All In”, CM Punk could very well make an appearance at the All In event.  A few months ago, Punk teased that he may be making an appearance at All In but nothing was confirmed.  Could you imagine hearing Punk’s music hit and the shock waves it would create throughout the world of professional wrestling?  All In was already going to be a historic event if it sells out as no non-WWE event has had a crowd of 10,000 since 1993.  Couple that with a possible CM Punk appearance and this may be one of the biggest nights in professional wrestling history.

If Cody or The Young Bucks have any doubt in not selling out the Sears Centre Arena, having Punk announced as a final hour push to sell out could be a strong possibility as All In would surely sell out as a result.  If the former WWE and ROH Champion would make an appearance at All In, he could very well be in the same ring at the same time with the likes of Kenny Omega or Kazuchika Okada.  That would be absolutely epic!  Who knows; maybe Colt Cabana could be in Chi-Town as well. 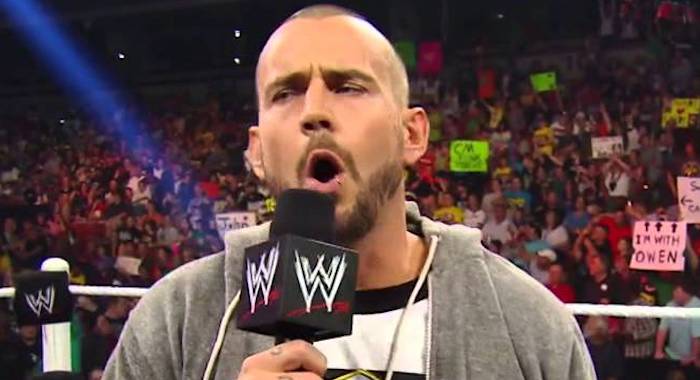 CM Punk’s next UFC fight is this June at UFC 225 against Mike Jackson.  The fight, which will take place in Chicago, will be Punk’s second MMA fight after a loss back in 2016 against Mickey Gall.  After the fight, Punk’s MMA future is up in the air especially if he loses again.  All In could begin Punk’s return to the squared circle.  January 2014 was the last time CM Punk competed in a wrestling match.  Punk’s appearance at Pro Wrestling Tees marks his first wrestling appearance in roughly four and a half years.

I am a huge CM Punk fan and while him walking out of WWE was a bit upsetting, he is indeed a polarizing figure.  So, while there are some individuals who do not like him, there is no doubt that Punk has left a legacy in professional wrestling and his presence would be felt.  I for one believe CM Punk is considering returning to professional wrestling, maybe not WWE, but ROH and New Japan are both strong possibilities.  All In seems like the perfect setting for a CM Punk wrestling return and Chicago is the city it has to happen in.

Considering Punk’s ties to Ring of Honor and the unlikelihood of him returning to WWE in the near future, an appearance at All In is very plausible.  Stay tuned.