9 weeks.  It has been 9 weeks since both Brock Lesnar and the Universal Championship has appeared on WWE programming.  A world championship that is meant to be the top title of Monday Night RAW.  A championship that every male performer on the roster is supposed to aim for.  A title that should be the focal point of RAW each week and be a co-main event of PPVs.  9 weeks.

As Brock Lesnar’s Universal Championship reign neared 434 days, many theories were that it was to spite CM Punk for walking out.  While this may be a reason for it, it is a petty reason to have Brock as champion if you ask me.  Look at their statistics as champion. 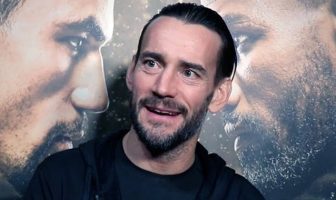 Yeah, let that one sink in.  Yes, I understand Brock Lesnar is a part-timer, but c’mon.  CM Punk was a fighting champion.  Bar none. Punk fought through injuries and only once was he noticeably absent for an extended period of time.  During December 2012, Punk was injured and did not compete at the TLC: Tables, Ladders, and Chairs PPV.  A PPV instead main evented by The Shield versus Team Hell No and Ryback.  But CM Punk was still there on television and we knew he would be back fighting The Rock at the Royal Rumble.  With Brock Lesnar, we don’t know when his next title defense will be or even if there will be one at this point.

Don’t get me wrong, I loved Brock’s WWE World Heavyweight Championship reign from 2014-2015.  I thought having a part-time champion was something new and it worked with the roster at the time.  During the Lesnar’s absences as champion, it allowed the Intercontinental Championship to gather some of its previous glory and the United States Championship was actually defended.  Lesnar’s absence was also aided with #1 contender matches between John Cena, Randy Orton, and Seth Rollins on PPVs that still gave the title picture some attention. Brock Lesnar’s clash with John Cena and Seth Rollins at the 2015 Royal Rumble was also a Match-of-the-Year contender which certainly did not hurt his reign.  Speaking of reign, Lesnar went on to defend the belt against a young and green Roman Reigns at WrestleMania 31.  Thankfully, Seth Rollins cashed in his Money in the Bank briefcase and began his great run as champion.  The point is it worked at the time.

A reign so nice it had to be done twice? That it was not.  Brock Lesnar had nothing really to gain from winning the Universal Championship.  Granted, considering Goldberg’s brief run with the title, Lesnar was the man to beat him at WrestleMania 33 and a good match it was.  But in my mind, Lesnar should have dropped the title at SummerSlam to any one of his three opponents in the fatal four-way main event.  At the time, Samoa Joe, Braun Strowman, and even Roman Reigns were better choices to run with the title than Lesnar holding it hostage.  Little did we know he would hold it for nearly another year.

Continued On the Next Page…