This past week we witnessed something that has never happened before in WWE history.  Monday night was the first time WWE produced a live episode of television on Christmas night.  In years prior, we would have typically seen an episode of RAW that would have been taped the week before.  Along with that would have come numerous articles and posts containing spoilers from those in attendance.  When you combine the holiday plus spoilers, what usually resulted was one of the lowest-viewed episodes of the entire year. 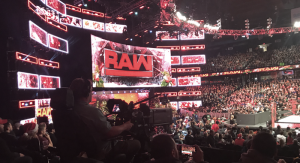 However, this year the USA Network insisted that WWE run RAW on Christmas night ending the usual holiday break seen in years prior.  If the USA Network was going for a higher rated program, it seemed odd that they would run the first hour of both RAW and Smackdown commercial free, and thus erase any promotional advertisement profit that could have been made.  WWE even ran the event in the wrestling-centric city of Chicago in hopes of a solid crowd turnout; something that may not have happened in a city such as Providence or Sacramento.  In the end it seemed like an unnecessary attempt to gain a slightly large audience while keeping the entire crew away from their home and family during the holidays.

The entire crew, from the superstars all the way to the cameramen and production staff, work upwards of 300+ days a year.  Needless to say, they deserved the holiday off and rightfully deserve more time off throughout the year.  WWE has arguably the most difficult schedule to work. It is a promotion that works year-round and travels not only throughout the entire United States and North America, but also across the pond to several international countries throughout Europe, Asia, and most recently the Middle East.  The constant traveling that occurs on a daily basis can be extremely detrimental to the crew and performers both physically and psychologically.

The entire crew has earned a vacation from the grueling schedule, but in a world that relies on live events and television programs, it is hard to allow for such a break.  There are a few ways that breaks can be given to those crew members in a way that can actually be beneficial to the product.

In nearly every major professional sport there is an offseason.  The lengths of each of these offseasons vary in length but serve a similar purpose; to provide a break in between the end of one season and the beginning of the new one.  If WWE utilized an offseason, it would likely be placed after WrestleMania which typically sees the culmination of the previous year’s feuds.

WWE can clean up storylines on the RAW and Smackdown following WrestleMania and even feature a cliffhanger-type arc that would keep the intrigue throughout the offseason and get fans hyped for the “season premiere.”  The crew would get a few months rest before picking things back up with the traditional big summer angle and the build for SummerSlam.  The negatives to this would be that both RAW and Smackdown would end their consecutive weekly episodic streaks as well as the amount of money that could be made during this time off. 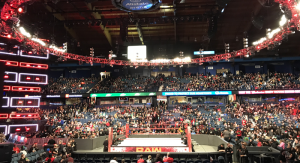 Another idea to giving the performers and crew a break is by taping shows sporadically throughout the year and airing them in place of live episodes.  This would be similar to how holiday episodes have been handled in the past.  A few times a year, WWE could tape an episode of RAW and Smackdown right after the live episode airs.  The taped episode would then air the following week in place of a live episode.  This would cut costs of travel as two weeks’ worth of programming would take place in the same venue.

Ideally there would not be any live events running during this time which would create a near two-week break for all involved.  This could be done following WrestleMania around April or May, another break following SummerSlam in September or October, and a final break during the holidays at the end of December.  These sporadic breaks can help the superstars heal any nagging injuries that they may have without taking them off television.

Finally, a way to help combat the grueling schedule of WWE would be through the use of tournaments.  Tournaments are a rare commodity for the main roster in today’s product.  WWE ran the King of the Ring tournament every year from 1985 to 2002 before only using it for sporadic purposes in the last 15 years.  Tournaments can be very successful if executed correctly.  Promotions such as New Japan Pro Wrestling utilizes tournaments very frequently and build a lot of storylines and matches around tournaments such as the G1 Climax and the World Tag League just to name a few.  WWE even reached success with tournaments through the WWE Network-exclusive Cruiserweight Classic, United Kingdom Championship Tournament, and Mae Young Classic over the past two years.

Essentially WWE can hold a yearly tournament during the summer in which they can tape large amounts of matches at a time and air them throughout the summer as episodes of RAW and Smackdown. For instance, WWE held the King of the Ring PPV in July with a 32-man tournament.  In May or early June, WWE can hold a few days where they tape groups of matches at a time similar to the WWE Network tournaments.  They can then air the matches as episodes of RAW and Smackdown which would still continue the streaks of consecutive weekly episodes while the superstars and crew are enjoying an extended break.

Any of the aforementioned alternatives would create a much-needed break for the production crew and WWE superstars while providing a plot device that can be used to improve the on-air product.   Personally, I would like to see the tournament-method used as it can be a fun way to differentiate the summer from the Road to WrestleMania while allowing the crew an extended break from the daily hassles throughout the rest of the year.  Which method do you prefer?  Are there alternatives to a break in professional wrestling not mentioned?  Let us hear your thoughts.