It’s back! After a slight hiatus, One Fall is back baby!  Let’s be honest, the post All In sadness was real and the logjam of a fall for WWE has been somewhat rough.  But we are here as we wind down on 2018 and look towards 2019.  Shall we call this One Fall: Season 2?

Let us kick off this new season with the elephant in the room.  RAW sucks.  It seems as though each Monday RAW has seemingly become worse and worse.  The 11/26/18 edition of RAW was one of the worst episodes of WWE television that I had ever seen and unfortunately the 12/3/18 RAW wasn’t much better.  But how can RAW, WWE’s flagship show, be so far behind the far superior Smackdown Live and NXT?

Here are 5 reasons why RAW is currently the B show (as if you don’t know that already) and 5 ways for WWE to fix it.

We only tasted 3 hours on rare occasions such as the annual WWE Draft, the Slammy Awards, or milestone episodes (800th, 900th, etc) among others. But since 2012, we have been graced with 3 hours of RAW each week. Here we are over 6 years into it and what a train wreck RAW has become. RAW is a rollercoaster; it has its ups and its downs through the years. We know that money talks and the USA Network will NEVER give up that 3rd hour of RAW, but sadly the past 2 RAWs have drawn the lowest ratings in RAW’s 25+ year history. 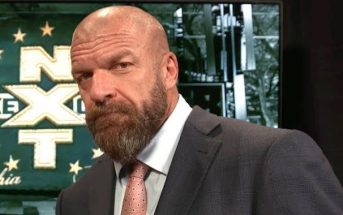 Fix It: 205 Live = 1st hour
As much as we hate it, we all know RAW will never become 2 hours so long as it’s on the USA Network. USA is simply making too much money to drop the 3rd hour. My solution is something that should have happened the moment the new brand split and the Cruiserweight Division was announced. I would turn the first hour of RAW into RAW: Cruiserweights.

I was excited when RAW announced they would be reviving the Cruiserweight Division and thought it would be perfect considering the 3-hour block. However, they opted for sprinkling random Cruiserweight matches throughout the show (and wasted a lot of purple tape in the process). Then with the announcement of 205 Live airing after Smackdown Live, the Cruiserweights on RAW was destined to end. While 205 Live has certainly improved this year notably due to Triple H taking over creative control, but I think the Cruiserweights would be better suited as a lead into RAW. Plus, this would eliminate 205 Live which shaved 1 hour off of WWE’s weekly programming which is always a good thing. This leaves us with 1 hour of the Cruiserweights and 2 hours of RAW which puts them on par with Smackdown.

CONTINUED ON THE NEXT PAGE >>>