‘One Fall’ is a weekly editorial column where I will explore and discuss the world of professional wrestling every Friday.

Throughout history, we have seen the art of the professional wrestling championships change throughout eras.  We went from the territorial days of having a world champion for several years at a time to having the world championship change hands on a weekly basis during the Monday Night Wars.  Now in WWE, there are two world champions much like there was during the first installment of the Brand Extension except this time one of the champions disappears for months at a time (cough, cough Brock Lesnar).  Today, it feels like more now than ever that championships are used for statistical purposes rather than matches or storylines, and with the large amount of similar championships out there, it truly is a clash of the champions. 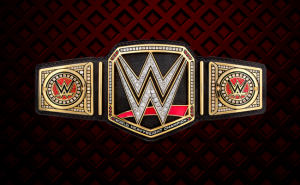 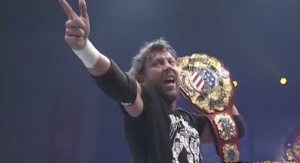 I believe the best example of a major professional wrestling promotion with an ideal layout for its championships is New Japan Pro Wrestling.  NJPW has eight championships that are vastly different and cater to specific divisions on the roster.  There are the usual championships in the form of the IWGP Heavyweight, Intercontinental, United States, and Tag Team Championship, but also the NEVER division with its Openweight and 6-man Tag Titles and the Junior Heavyweight division with its own title as well as a set of tag titles.  Each championship serves a role and feels important.

Another brand that has a great structure for its championships is NXT.  The purity of NXT is based on the fact that NXT has only three championships: the NXT Championship, the NXT Tag Team Championship, and the NXT Women’s Championship.  There is not a secondary championship, or tertiary for the matter; each division gets its own title.  Recently we have seen the WWE United Kingdom Championship defended on NXT but that is more of a special attraction than an obligation.  Takeover events are anchored with three quality championship matches along with a couple important matches that do not necessarily need a championship to feel important such as The Velveteen Dream vs. Aleistar Black at NXT Takeover: War Games.  Promotions that understand the role that championships serve and add to the product are the promotions that thrive the most when it comes to storylines and consistency. 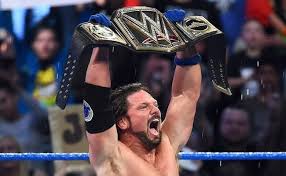 Also, an ideal setup would have the women’s division on RAW and the tag team division on Smackdown, or vice-versa.  These two divisions function best when unified rather than separate.  Giving RAW and Smackdown their own division will allow each brand to carve their own unique identity while giving each division ample time devoted exclusively to it.  With the separation of these divisions, we may never get to see championships such as a set of Women’s Tag Team Championship belts or a 6-man Tag Team Championship in WWE.  If WWE were to merge their divisions back to one women’s division and one tag team division, it would add more opportunities and more options for storylines and booking.  Another issue with two separate divisions is the lack of depth.  Before the addition of Absolution and the Riott Squad, we were essentially seeing the same matches over and over again and a lack of any real character development.

With RAW’s five championships, Smackdown Live’s four championships, and NXT’s three championships as well as the WWE United Kingdom Championship, WWE has thirteen championships plus accolades throughout the year such as the Royal Rumble, Money in the Bank, the Andre the Giant Memorial Battle Royal, the occasional King of the Ring, the Dusty Rhodes Tag Team Classic (which was sadly missed this year) or Network tournaments such as the Cruiserweight Classic or the Mae Young Classic.  If structured correctly, WWE could use championships to create superstars rather than superstars trying to validate these championship titles.