While not officially confirmed, Smackdown Live appears to be heading back to broadcast television.  After nearly a decade of Smackdown moonlighting in the NBC Universal family of networks.  Smackdown Live will be leaving the USA Network and heading to Fox where it is slated to return to its once treasured Friday night timeslot sometime in 2019.  A move for WWE to appear on Fox programming has been rumored for the past several months ever since the UFC announced they were leaving Fox for ESPN.  There is no doubt that this is a huge opportunity for WWE programming, but will this deal improve or hurt Smackdown in the long-run? 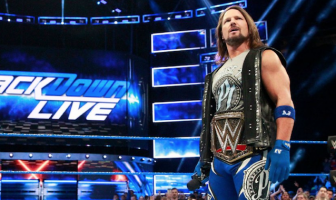 As mentioned, the move to Fox would see Smackdown likely moving back to the Friday night timeslot that it occupied for nearly a decade.  While Smackdown found success on that night, Friday is not typically a high-ratings night.  Especially during the summer months, people tend to be out of the house and occupied as opposed to sitting at home in front of the television screen.  When Smackdown was created in 1999, it aired Thursday nights on UPN where it called home until 2006.  From 2006-2015, Smackdown moved to Friday nights on the CW, MyNetworkTV, and SyFy.  Smackdown would ultimately move back to Thursdays for roughly a year and a half before moving live to Tuesdays on the USA Network during the resurrection of the Brand Extension in 2016. A move that saw RAW and Smackdown air on the same network for the first time during their runs.  Despite much hesitation at first about back-to-back nights of wrestling, I found Smackdown Live to be very successful as a live show on Tuesdays.  The million-dollar question however is if Smackdown will be live on Fox or will it be taped?

The biggest issue I believe that will arise from this move is how Fox’s local news coverage will be handled in conjunction with Smackdown if it indeed remains a live show.  A difference between any channel WWE programming has ever aired on and Fox is that Fox has evening news.  In the United States, it’s all fine and dandy for the Eastern and maybe Central time zones, but when you get out to the Mountain and Pacific zones, it is a bit murky.  For example, let’s say Smackdown airs 8PM – 10PM live on the east coast.  In the Central time zone, Smackdown would air 7PM – 9PM.  Getting out to the Mountain and Pacific time zones would result in Smackdown airing 6PM – 8PM and 5PM – 7PM respectively.  That is when a lot of markets have their evening news meaning either A) there will be no nightly news during Smackdown (unlikely) or B) Smackdown will be airing on a tape delay (likely).

Smackdown has finally started to feel less like the “B” show and more like the wrestling show again with its move to a live two-hour format, so in my opinion, a move back to tape delay would definitely hurt the blue brand.  Statistically speaking, Smackdown Live on Tuesdays have had some of the highest ratings the blue show has ever seen.  An argument can be made that Fox can be seen in more households than the USA Network so Smackdown’s ratings should be higher.  I would argue that the Friday night death-slot would hurt the ratings naturally, so we are possibly looking at Smackdown breaking even in terms of live viewership. 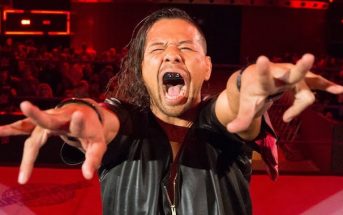 It was originally rumored that Fox was going to acquire both RAW and Smackdown in an effort to curb the loss of UFC to ESPN.  Speculation had RAW airing on Monday on Fox while Smackdown would have aired Tuesday nights on Fox Sports 1. This hypothetical move could have seen RAW move from three hours down to just two. Now, with USA and Fox splitting up the shows, we are in a situation where RAW is very much expected to remain at three hours while Smackdown could move to three as well in the very near future.  Let’s be honest, five hours of WWE programming between RAW and Smackdown is tiresome for many.  Add in NXT and the occasional PPV event, which now appears to be moving to four-hours (we’ll table that issue until next time), and suddenly you have 10+ hours of weekly programming.  Another hour is not something we need.

Cross promotion or rather the lack of cross promotion is another issue.  With RAW and Smackdown taking place on the same networks or the same family of networks, it is seamless for them to promote Smackdown during RAW and vice-versa.  Now, they will likely not be able to promote each other as easily considering they will be on different channels owned by different companies.  As mentioned, both RAW and Smackdown were on different television channels for most of their runs. Only recently were the two brands aired by the same station for the past two years. 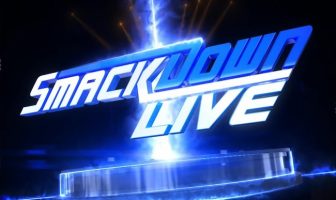 Finally, the taping schedules will need to be changed and altered if Smackdown is indeed live on Fridays.  WWE lays out its Big 4 PPV event weekends and other weekends throughout the year in a unique manner. WWE often has NXT TakeOver on Saturday, PPV on Sunday, RAW on Monday, and Smackdown Live on Tuesday all in the same venue. Now, if Smackdown airs live on Friday nights, WWE could easily shift the weekend’s itinerary and hold it Friday – Monday. But for WrestleMania weekend, the marathon that is the Hall of Fame ceremony is currently held on Friday, so a move to Thursday for the ceremony seems likely. However, the amount of people who would plan on flying in a day or two early for both the Hall of Fame and a Smackdown seems minuscule.

Even on non-WrestleMania weekends, WWE faces a unique problem if Smackdown were to air live Fridays.  Since Smackdown was created, it has always either been taped or aired live on Tuesdays.  For instance, a couple weeks ago, WWE toured Europe and had both RAW and Smackdown in London.  Both shows were in the O2 Arena and used the same stage and ring.  This is something that will likely not happen if they move to a Monday and Friday taping schedule and WWE will have to alter their taping schedules and locations.

From a business standpoint, WWE is making a boat-load of cash from the two television deals. However, from a product standpoint, WWE’s approach to how they handle Smackdown is very fragile.  Smackdown went from teetering on the edge of nonexistence to becoming must-see for a while.  I mean let’s be real, this isn’t 2005 anymore.  WWE is in a much different situation now as a company and a brand then they were during the Ruthless Aggression era.  While this opportunity for WWE and Smackdown to move to Fox does present an opportunity to increase exposure and profit from the deals, a move to Friday is like a glass ball. If WWE drops it, it will shatter, but if it is handled with the right amount of care and finesse, the light may hit it at just the right angle and it will shine.