Second verse, same as the first.  WWE is currently in their second version of the brand extension which started back in the summer of 2016.  WWE’s brand extension sees the WWE main roster divided somewhat evenly between two shows: RAW and Smackdown Live.  This split is nearly identical to the split we saw when WWE introduced the brand extension back in 2002 following the acquisition of WCW.  The only major differences this time around is that RAW is a 3-hour program to Smackdown’s 2 hours and NXT is thriving as a third brand.  However, while the brand split was very successful and defined the Ruthless Aggression Era, it ultimately reached its demise in 2011 leaving the WWE roster unified.

One of the major reasons the brand split ended the first time was due to the departures of many notable top stars.  Names such as Shawn Michaels, The Undertaker, Edge, Chris Jericho, Batista, John Bradshaw Layfield, Jeff Hardy and Matt Hardy all left as full-time performers between 2009 and 2011 as well as numerous mid-card talent.  These main event spots were not getting filled as quickly as they were opening up causing the main event scene on both brands to be weak and lacking. 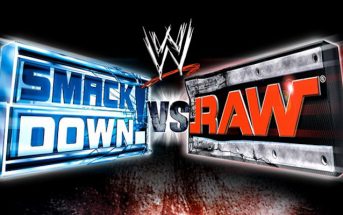 However, this was not the first nail in the coffin for the brand split.  When the brand split was first introduced back in 2002, part of the concept was that RAW and Smackdown would hold exclusive pay-per-views that would usually alternate between each brand.  The Big 4 events: Royal Rumble, WrestleMania, SummerSlam, and Survivor Series became dual-brand events where both RAW and Smackdown superstars would compete.  But shows such as Backlash and Judgment Day would become RAW and Smackdown exclusive pay-per-views respectively.

This was a concept that lasted up until 2007 following WrestleMania 23.  Starting with the 2007 Backlash event, RAW, Smackdown, and then ECW all were featured on the PPV card.  This was the first instance of the brand split starting to falter. The key with the brand split was to make RAW and Smackdown seem like separate, distinct entities with little to no involvement with one another.