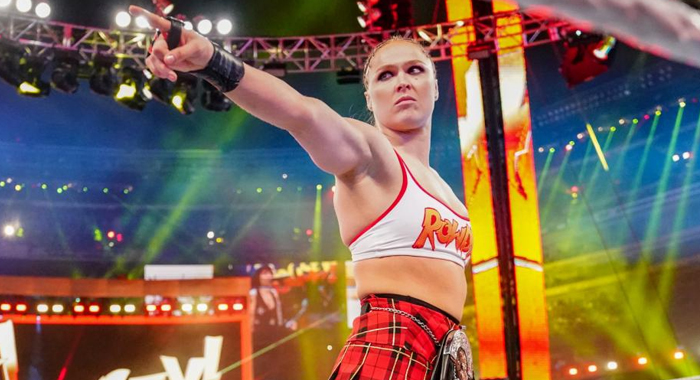 Images of Ronda Rousey back in a wrestling ring have been shown online as she has been working with the daughter of Roddy Piper.

The former WWE Raw Women’s Champion hasn’t been seen in WWE since WrestleMania 35, where she lost her title in the main event against Becky Lynch and Charlotte Flair.

But now, for the first time since then, the former UFC star has been shown inside a wrestling ring. Ronda was working with the daughter of ‘Rowdy’ Roddy Piper, Teal Piper, who shared the images on her Instagram account.

Wade Barrett Discusses If He’s Open To Wrestling Again: “I’m All About The Big Paydays” 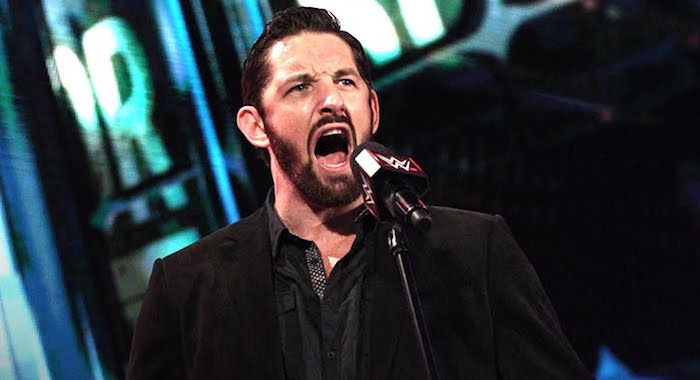 He might be back in the WWE bubble as part of the announce team for WWE NXT, but would Wade Barrett ever consider wrestling again?

The former Nexus leader spoke on WWE’s After The Bell where he praised Sheamus for the work that he’s doing right now.

“Well, Sheamus is like Benjamin Button. He’s actually older than me and somehow he’s still going as good as ever, if not better. So, hats off to him. I hit 35 and I started getting one foot out of the wrestling ring and into other things at that point, although maybe I’m not done for good, we’ll see, but Sheamus, he goes as hard as ever and good for him. I’m glad he’s done knocking about in the mix of the upper echelon of WWE.”

When speaking about his own future with wrestling, Barrett didn’t rule out the prospect of possibly wrestling again, but he did note that he’s enjoying working on the announce booth right now as well.

“I’m all about the big paydays, Mr. Joseph. It would not take much to remove me from the seat next to you and get back in the ring. I will say, I’m very much enjoying my job with NXT, but I have always made sure there is at least a little bit left in the tank.” (H/T to SportsKeeda Wrestling for the transcriptions) 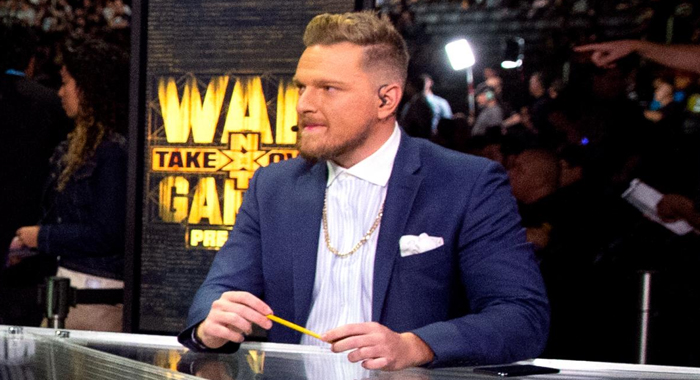 Pat McAfee has spoken about the latest celebrity performance in WWE, praising Bad Bunny for his work at WWE WrestleMania 37.

McAfee put together some incredible performances in 2020, gaining major praise from the WWE Universe, and now Bad Bunny has also been gaining praise from fans and members of the WWE roster. McAfee posted a string of tweets where he heavily praised Bad Bunny, showing the importance of celebrities taking things seriously.

“I appreciate the love from everybody. LOT of folks saying I’m the greatest non-wrestler wrestler ever, some stooges saying I’m not,” McAfee wrote. “I’m pumped to be in the conversation. Let me put my wrestling hat on real quick. The thing that made me fall in love with wrestling was the larger than life personas talking about & doing some of the coolest things imaginable. The suspension of disbelief came from watching folks commit their entire being to what they were doing. The walking, the talking, the wrestling, the joy, the pain, the drama — if SOLD properly.

“It was impossible NOT to buy in and believe that everything going on was the coolest and most genuine stuff on earth. It felt like every time an ‘outsider’ would come into the universe, they were immediately hated by most fans deep down. There are numerous reasons for the hate. 1. They were potentially taking a spot that somebody’s favorite full-time wrestler could’ve had. 2. They’re doing something that every fan wishes they could also be doing. Or 3, they felt as if the outsider was just using wrestling & disrespecting the art.

“For me, I legitimately had thoughts about what I would do if I ever got the opp to be in that position. Imma be ready. Imma buy in completely & imma act as if I’m never gonna be allowed in there again. I bought my own ring. I’d run the ropes and take bumps in my barn all by myself for yrs & yrs. Nobody would understand what was going on. Tough to explain that I was preparing for a potential opportunity that nobody knew would show up or not. Then it did, it came time to utilize my film study throughout my entire fanhood life & buy ALL THE WAY in.

“If you don’t, it’s wildly obvious and hurts the whole damn show. Then I acted as if I was never gonna be allowed to do it again. I want to do EVERYTHING. Let’s go. The thing about what I did and what Bad Bunny did is, we committed to the entertainment. We appreciated and respected the business & ourselves so much that we didn’t want to be remembered as someone who came in from the outside and botched the opportunity. We wanted to give the fans an opportunity to buy in and enjoy it. Bad Bunny killed it & I enjoyed the absolute hell out of it.

“I wonder if Bad Bunny’s destroyer is better than Adam Cole’s [destroyer]? I’d assume yes because Adam Cole is an absolute bum, but nonetheless. I kick out of Destroyers these days anyways. Go Wrestling.”

I appreciate the love from everybody..

A LOT of folks saying I’m the greatest non wrestler wrestler ever.. some stooges saying I’m not..I’m pumped to be in the conversation.

Let me put my wrestling hat on real quick.. The thing that made me fall in love with wrestling was the 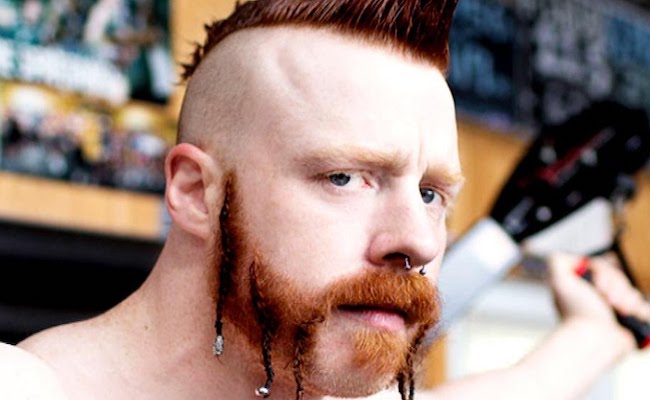 The new United States Champion, Sheamus, was a guest on Raw Talk this week, where he reflected on WWE WrestleMania 37.

The Celtic Warrior was asked if he had any doubts after so long without a singles championship, but he stated that he was just waiting for the opportunity.

“There are times when you have to ask yourself where this is going, in fairness I didn’t get an opportunity at the WWE Championship. But there are times when you have to say, “when is the next one going to come?” It’s like the Premier League, Liverpool are going through a famine, when’s the next win going to come? Then it comes and everything after is plain sailing. That’s how I feel, and now I have it I just want to keep going forward and capitalizing on this right now.”

Sheamus was able to defeat Riddle to win his third United States Championship, and he spoke about what it meant to have the fans back, live at Raymond James Stadium.

“It just goes to show, we miss them. They’re such a huge part of what we do, the WWE Universe are such a pivotal part, we feed off their energy, the chants they draw you in and come sometimes dictate the flow of a match. There was 25,000 people and it felt like there was 80,000, they were just so vocal. They were just as excited as we were, so now we got a taste, hopefully, it won’t be too long until the world goes back to normal and we get the WWE Universe back into the arenas here and everything gets back to normal.”

Finally, Sheamus looked ahead to the future, stating he’s ready to face anybody and he will make them a legend in the process.

“Anybody who wants to step up. I’ve been having banger match after banger match, if you want a shot at it, step on up and I’ll make you a legend. If you can hang with me for more than five minutes you’re already on your way.”

WATCH: Mike Tyson Reminds The World Who He Is, Jade & Red Velvet On ‘Road To AEW Dynamite’

Kris Statlander To Return To Action On 4/14 AEW Dynamite

Wade Barrett Discusses If He’s Open To Wrestling Again: “I’m All About The Big Paydays”

WATCH: Mike Tyson Reminds The World Who He Is, Jade & Red Velvet On ‘Road To AEW Dynamite’