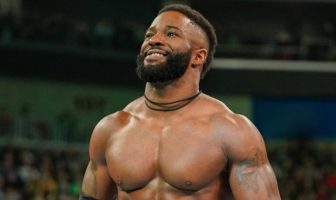 While the former WWE Cruiserweight Champion was ultimately unsuccessful in his debut as a full-time Raw Superstar, he had one hell of a performance with the “Swiss Cyborg” Cesaro. The two worked a hard-fought and incredibly stiff match that the crowd was into (for the most part). Hopefully that sets the tone for many great matches to come on Monday Night Raw in the near future.

It’s great to have the Master of the 619 back on Monday Night Raw. In something of a “dream match” I never knew I needed to see, Rey Mysterio took on two other guys coming over from the Smackdown brand, AJ Styles and Samoa Joe, in an incredible triple threat match to kick off this week’s show. Unfortunately for the lucha legend, Styles was able to secure the win, but with performances like that nobody really quite “lost”. I’ll be interested in seeing where Rey goes in the weeks leading into Money in the Bank.