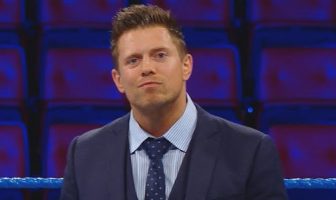 I already said basically the same thing when discussing Rey Mysterio’s night on Raw, and you’re going to hear it again before the end of this list. He didn’t win his triple threat match, but I thought The Miz busted his ass to not be overshadowed by Baron Corbin or Drew McIntyre, and consistently provided highlights throughout the bout.

Not only did The Viking Experience get a new-and-improved name (again) that was marginally less terrible than the one bestowed on them last week, but the newly re-re-branded Viking Raiders beat the holy hell out of all three members of the Lucha House Party. Like, to the point where the referee through out the match before it ever got started, on account of their opponents being unable to stand. Or breath, probably.