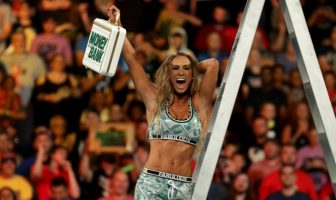 I just don’t see WWE going with a repeat winner this year. I’ll give her this — I find Carmella thoroughly entertaining, and she’s certainly come a long way since debuting on the roster and winning the first ever Women’s Money in the Bank ladder match (twice). Unfortunately, she hasn’t been utilized much recently outside of a few comedy stints with R-Truth. It doesn’t seem like her year. Of course, coming in the #8 position on her list essentially makes her the biggest underdog, and often that’s exactly what the briefcase is all about, so maybe don’t rule her completely out just yet. 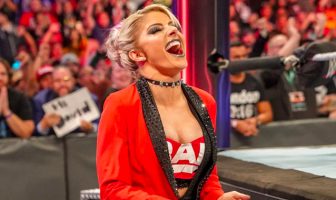 As already stated, I don’t see it being a year for a repeat winner, as neither of the options strike me as Superstars WWE wants to push in the title picture right now. Miss Bliss has sort of become the de facto announcement-maker for Monday Night Raw when the McMahon family can’t be bothered. She’s got her show, A Moment of Bliss, and sets up programs between other stars on a weekly basis. That said, I certainly wouldn’t mind seeing Bliss get back to being a serious competitor again, as she’s one of the best promos and most believable characters that WWE has.