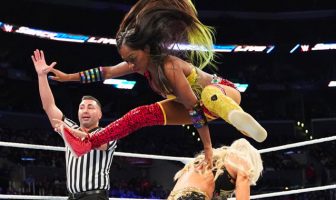 I’m frustrated with WWE when it comes to their booking of Naomi. She’s just sort of drifted from partner to partner over the last year or so, which to me says they see her as being dispensable. Freely interchangeable. Naomi is one of the best wrestlers WWE has in the women’s division, with a wild, unique look and character, tons of fire, and a connection with the fans. She’s got the catchphrase, the gimmick, the ability — she’s the total package, and they can’t seem to figure out what to do with her for more than a few weeks at a time. For that reason, I don’t see her chances being good winning the Money in the Bank briefcase, although I would LOVE if it happened. 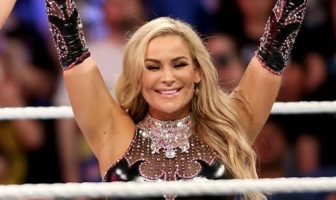 I’m putting Natalya in the middle of the pack, because that’s basically where she’s been for the past… I don’t know, her entire career? Don’t get me wrong, she’s definitely one of the best wrestlers they have, and a future Hall of Famer in her own right. Absolutely. But she has a bit of “bridesmaid” syndrome, in that WWE always keeps her in arm’s reach of the top of the pack, without really letting her loose. Do you really see them running with Natalya as champion right now with Charlotte Flair and Becky Lynch on top, and so many other new projects in the works? I don’t think her chances are excellent…