Growing up during the Attitude Era both WWF and WCW utilized an effective yet simple formula to build month to month from Pay Per View to Pay Per View event. While there was something cool to see each week on RAW and Nitro, the two most important shows every month were the night after a PPV and 6 days before one, referred to as the go-home show.

The show the night after a PPV would create excitement and set the course heading into the next big event. Who would the titleholders face off against next? How would so and so rebound from their loss the night before or how would they capitalize on a big win going forward? By the end of that show you were pumped for the next PPV.  RAW and Nitro would build on that initial post PPV excitement for the next two weeks of programming and proceed to put on a go-home show 6 days out that would blow up everything that was about to go down that Sunday and make it feel so important that you would be a fool not to tune in to see what was going to happen. 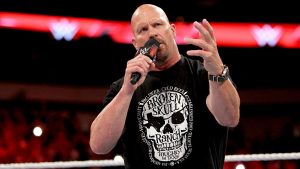 I’ll use Stone Cold Steve Austin as an example. Some of his most iconic moments took place on these shows. The image of him driving a zamboni to the ring, diving off of it and attacking Vince McMahon only to be taken away in handcuffs laughing minutes later happened on a RAW the night after a PPV, Breakdown to be exact where he lost the WWF title. We all remember when he drove the beer truck to the ring and hosed down the Corporation. That happened on a go-home show, 6 days before WrestleMania 15. The night he got tied to the Undertaker symbol and was strung up in front of the Titantron; that was the go-home to the Rock Bottom PPV in 1998.

It’s a typical television formula. The penultimate episode of a season creates excitement and intrigue for a payoff you can’t miss come the season finale.  If you’re a Game of Thrones fan you know about the hype surrounding the “dreaded” 9th episode year after year.  So why then does WWE consistently fail month after month to produce a go-home show that heightens the anticipation for their network specials to that next level? Where is the show with that something special, that even a friend who doesn’t follow WWE anymore, but just so happens to watch a go-home RAW or SmackDown with you, catches that feeling that something exciting is going down on Sunday and they have to watch, so they turn to you and say: “That was awesome, are you getting that Sunday? Man I wanna see that.”?

We Don’t Get Hype 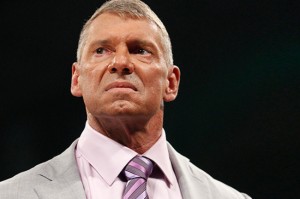 It’s a trend that’s been going on for far too long, but just looking at 2017 thus far every go-home edition of RAW and SmackDown has been flat. Royal Rumble, Elimination Chamber, Fastlane, Payback, Backlash, even WrestleMania and now Extreme Rules have had no wave of momentum to ride coming off the final editions of RAW and/or  SmackDown beforehand. Now I’m not saying these PPVs have been terrible, only that the performers and storylines featured on them would benefit from an ability to create a higher level of anticipation immediately preceding them. This brings me to last night.

Last night’s RAW was a horrific final build to Extreme Rules. A muddled mess of tag matches, in-ring promos that missed their mark, and finishes between wrestlers we’re going to see face off Sunday all of which did nothing to make Extreme Rules feel like the can’t miss event it should be. The most intriguing part of the go-home RAW was Corey Graves’ involvement in several developing story-lines. Corey Graves, who will not be wrestling at Extreme Rules and has no advertised impact aside from commentary on said PPV was the most interesting part of your show 6 days out from a network special. Lazy booking and creative has once again hindered the entire roster and left them limping into what could be the best RAW brand exclusive show this year, rather than doing a Vinnie Mac Power Strut.

Shown here: The Miz wishing he could’ve stayed on SmackDown

The Miz TV segment was a miss. I get we’ve seen Miz and Ambrose fight on SmackDown for the IC title before but still, its two former WWE champions going at it for the only singles title that actually appears on RAW every week and the best they could come up with was jamming them together with the Hardyz, Sheamus and Cesaro? Why not play up the DQ title change stipulation and have Ambrose lose his mind at ringside or have some sort of brawl backstage between them? Throwing them in a pointless six man tag did nothing to build up their IC title match and it actually feels meaningless now. I expect a good match from these two top talents but it just doesn’t feel important. 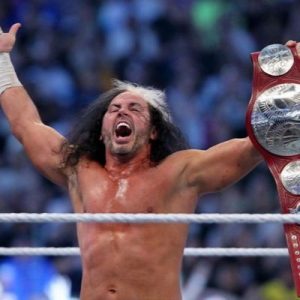 On the flip side of that, what did that 6 man tag do to get anyone excited for the cage match between the Hardyz and Sheamus and Cesaro? The answer is nothing. Those four guys hate each other yet aside from some weak words from Sheamus and Cesaro, WWE did nothing last night to make anyone go: “I can’t wait for that cage match”. The Hardyz have historically been awesome in cage matches as a team and Cesaro and Sheamus have a more smash-mouth physical style and actually benefit from the stipulation. Yet none of that was played up significantly last night. A potential show stealing match on a great card but you didn’t get the sense that a title change was imminent or that it was going to be special. You could say the hype was…deleted.

Stay Away From The Classics

That “This Is Your Life” segment with Alexa Bliss was a cringe worthy visual embodiment of how bad RAW really was last night. Up until the visual and auditory atrocity that was “This Is Your Life: Hugger Edition”, she and Bayley actually had fans interested in the ridiculously outdated “something on a pole” match concept, but that ended last While they were able to bring some fans back with the physicality at the end of the segment, their momentum heading into the Women’s Title match careened off a cliff and died a fiery death. That’s on creative not on Alexa Bliss. We all know how talented she is on the microphone; unfortunately you can’t always make chicken salad out of chicken shit.

Neville and Austin Aries are money together. Their previous one on ones have been stellar. Last night however creative decided that right before their Submission match it would be a good idea to have Neville tap out to Austin Aries in a tag match. Yet another huge mistake that puts a damper on a sound technical wrestling match and dims the Cruiserweight title spotlight. The hits kept coming for the Cruiserweights as Rich Swann pinned Noam Dar on the eve of their mixed tag team match. I doubt anyone was truly looking forward to what is going to be a good little match on the show but what little hype there was for that match’s addition to the PPV died when we all got to see the finish. Lending Sasha’s star power to a program with athletically talented cruiserweights like Swann and Dar was a cool concept that now feels completely inconsequential for everyone involved. 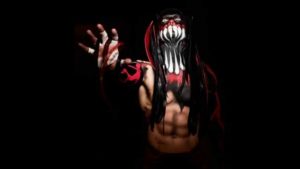 The final shot of adrenaline for the Fatal 5 Way match that has had everyone buzzing for weeks fell flat as well. While I enjoyed the triple threat match between Finn Balor, Samoa Joe and Bray Wyatt it didn’t’ matter who won. What it showed was that Balor could hang with the super heavyweights and has a shot to win on Sunday, but we already knew that. All three men had their moments and I enjoyed Joe stealing the win at the end. It was an effective preview for Extreme Rules. RAW’s main event between Seth Rollins and Roman Reigns however was not. 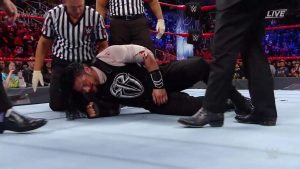 Kudos to Seth Rollins for working his ass off and once again carrying Roman Reigns through a main event match. Reigns’ move-set continues to deteriorate from astoundingly limited to virtually non-existent. Clothesline, clothesline, uppercut, running dropkick, superman punch, spear…vomit, that is Roman Reigns. A clean finish was a bad call here either way it would’ve gone but it was by far the worst call to end your go-home show by giving Reigns the win and teasing a possible victory on Sunday. Not only is he one of the most despised wrestlers in WWE by fans but should he win what’s the reward for fans? A match between him and Brock that we’ve already had to suffer through until Seth Rollins literally saved the main event of WrestleMania? That’s how you create a buzz for your PPV main event 6 days out? Let a guy win the main event of RAW without doing a single wrestling move or hold? “Ugh, ugh he beat the Undertaker. Ugh, ugh three Mania main events in a row ugh. He’s a ugh star ugh ugh”. Any other guy wins Sunday night we get something we haven’t seen before when they face Lesnar or we get Rollins vs Lesnar 2, all of which are options that don’t have 50% or more of fans burying the match.

Rollins vs. Reigns should’ve ended in a no contest and the show should have gone off the air with all of the Fatal 5 Way participants fighting in the ring as Michael Cole screamed some sort of generic plug for Sunday night into his headset. While the multi-man format combined with the extreme rules match stipulation will mask Reigns’ lack of in-ring ability, teasing his victory Sunday by having him defeat Rollins was not the way to raise the profile of this match or that of the stars involved. Diluting the build-up of the marquee match on a card with as much potential as Extreme Rules has hurts the entire show

This sad pattern with the go-home editions of RAW and SmackDown has gone on long enough and it’s past time for WWE to reacquaint themselves with how to generate excitement for their talent and rivalries as well as their ensuing events feel important. Last night was just par for the course when it comes to the shortcomings of WWE creative, but going forward they need to keep in mind an important point when leaving viewers with that last impression of their superstars and network specials. Perception is reality, if the show doesn’t feel important and the stars don’t feel special then they aren’t.