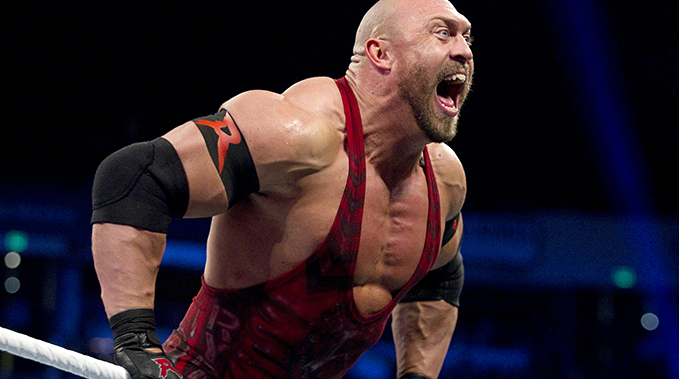 On the latest episode of his podcast, Ryback discussed WWE’s recent releases of both Darren Young and Emma.

Below are some highlights from the podcast with a h/t to NoDQ.com for the transcription.

“Darren Young, I have known for a long, long time, and he loves professional wrestling. That was the one for me–being a former Nexus, we all came in together, and I just know how much he loves wrestling so that one really affected me. I know he’s had a couple of injuries, everyone gets injured up there, but he could have contributed much more had he been allowed to. He had done a lot of PR work for them and was always grateful for everything he had, and he was the kind of guy that didn’t get a lot of TV opportunities.”

“He was a guy that ‘came out’ years ago, and I applaud him for doing it. It never affected anything. Some people thought it may have saved his job, but I don’t know how that would or wouldn’t save his job. There have been gay people in wrestling for years, but he’s been a hard worker. In my opinion, I thought he was going to become a Trainer for WWE because he seemed to like that aspect of the business and helping people; and not to say he can’t because I’m sure there will be opportunities for him down the road, but I don’t know what was going on, I’m not there.”

“With Emma, I know a lot of people thought it was weird because she had a competitive match with Asuka at the pay per view and on Raw. I’m sure she’s had good matches on live events as well, but she just wasn’t used on TV in a good fashion; not to say, apparently with Emma supposedly with social media—if you do stuff out of the company guidelines and when you Tweet things about not being used the right way, or about your booking or creative, things like that when you don’t do yourself any favors, just go talk to them if you are not tweeting.”

Brie Bella posted a video on the Bella Twins YouTube channel of her celebrating Thanksgiving. The video (which can be seen below) is of Brie’s daughter, Birdie, attempting to eat solid food for the first time.