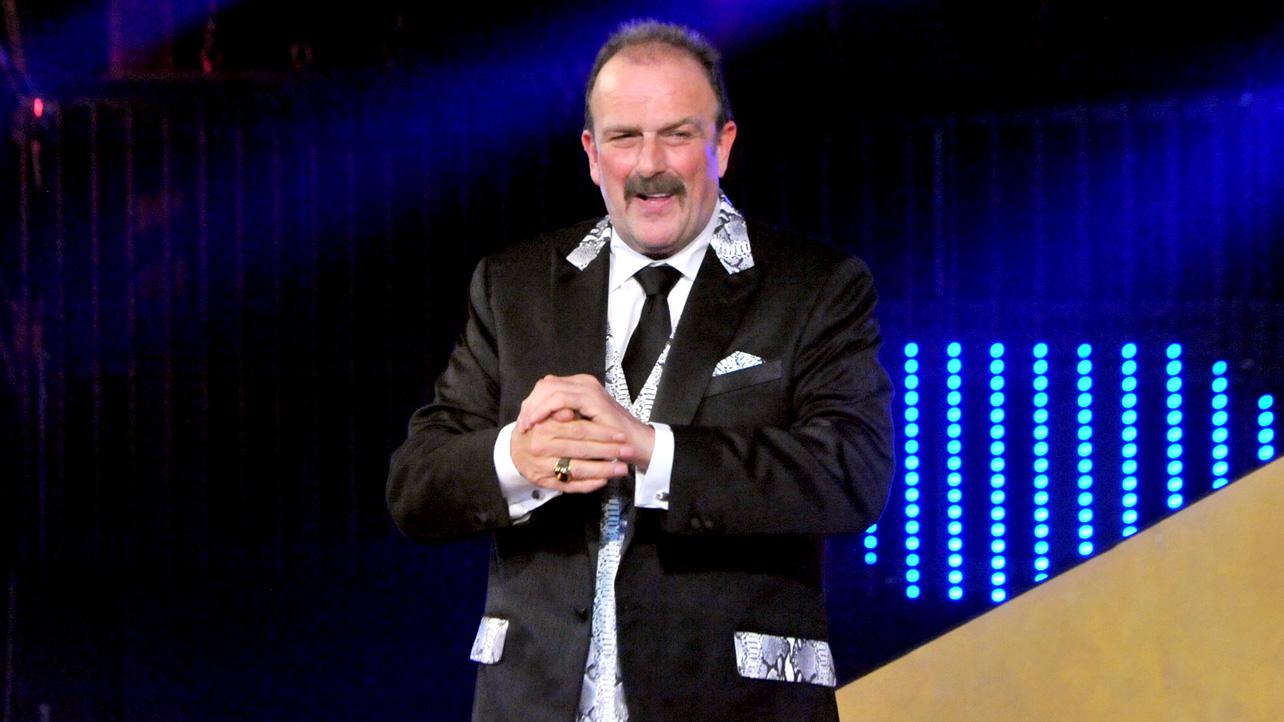 – On The Two Man Power Trip of Wrestling Podcast, former WWE Superstar Sam Houston joins Chad and John Poz for an intense journey chronicling his greatest ring battles and more importantly personal triumphs. Houston, the half-brother of WWE Hall of Famer Jake “The Snake” Roberts shares in the following excerpt what his current relationship is with Jake as well as discuss how both brothers are overcoming their battles with sobriety while becoming closer than they have ever been before. We also find out what it was like having both Jake and his sister (former WWF Women’s Champion) Rockin’ Robin all under the WWE umbrella in the late 1980s. The full episode will be available for download via Podomatic tomorrow as well as iTunes, YouTube, Google Play, Spreaker, Player FM, Tune In Radio or by visiting our OFFICIAL web site tmptofwrestling.com

His current relationship with his half-brother Jake “The Snake” Roberts:

“Back then we weren’t really all that tight and we really didn’t start getting tight with each other until probably until the late nineties. We weren’t really around each other, we were close but we weren’t really that tight like what we are getting to be now. Now, our relationship is great. He’s sober, I’m sober so it is a pretty cool thing and we are really finally getting to know each other. When I was like six years old they didn’t live with us anymore (they lived in Texas) so we’d only see each other in passing the whole time growing up and when Jake started refereeing he was down in the area some but then he broke into wrestling (got his arm broke) and then he’s in Canada for all these years and just all kinds of stuff. So we really didn’t have a relationship or anything. We are brothers and I acknowledge him as my brother but and I’ll try to be there if he needs help or anything like that but I’ve got to live my life too. God’s working in my life a lot and a lot of times when I hear him say go, I don’t have a problem packing up and going. ”

Getting into the WWE with an assist from Jake:

“When Crockett came in and he bought out Bill Watts for the UWF the only two people he fired were me and Nickla (Baby Doll). He said I’m not going to fire anybody and he fired me and Nickla. He later got Nickla to come back to work so I did basically the same thing when I quit Crockett. I picked up the phone and Jake gave me the phone number, called the office, they knew who I was and gave me a starting date and that is how it went down working for Vince.”

Having his brother and sister Rockin’ Robin together in the WWE at the same time:

“Every once in a blue moon we’d be on the same tour for a week or so. But it was kind of hard not to be with somebody too because you had my Dad (Grizzly Smith) and they were running three towns a night so it is my Dad, my brother, my sister and me so somebody is doubling up somewhere.”

“We were all very good at what we did. There weren’t any other girls like Robin out there. Jake, he’s the best thing that ever happened to this business. He’s got the best mind ever. You ever watch my brother and notice that there is no wasted movement? He spends his whole match trying to do one thing. How simple is that? I’ve got to say it, my brother is best thing this business has ever seen. Other people have done a lot of things as well and I’m not discrediting anybody but as far as the mind and the whole nine yards and you talk strategy and stuff like that you cannot come up with a better name than my brother. I’m not trying to toot his horn, I’m just stating the facts. I’m very proud of all of his accomplishments. But I think the thing that is going to bring him the most peace is his sobriety and I know what it is like and I am so very happy for that accomplishment.”

Jake’s induction into the WWE Hall of Fame:

“That was kind of cool but you know I was very ticked off about that because even though I worked for the company and the whole nine yards, it cost me $170 to go see my brother get inducted into the Hall of Fame (laughing).”