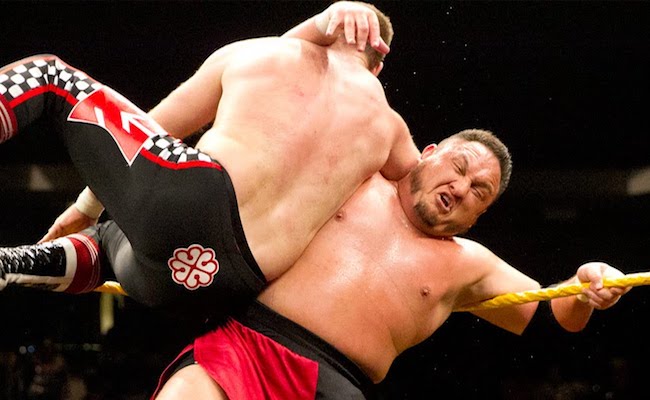 Cullen actually goes by the name of Stacie Cutter on the indy scene, and is a student of Curt Hawkins’ Create-a-Pro Wrestling Academy in New York.

Samoa Joe On Expectations After His Return

As seen on WWE Raw tonight, Samoa Joe made his return to WWE TV, and the following Raw Fallout video has been released.

During the video, Joe says no one should be surprised by anything he says to the Raw and Smackdown rosters. He added he is not putting anyone on notice, because everybody already knows what he will do now that he’s back, including the “selfish” WWE fans:

New Promo For Lesnar vs Mahal