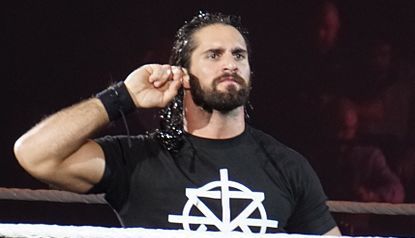 On Wednesday, PW Insider released a quote from an interview they did with Seth Rollins at the WWE 2K18 video game launch party back in August.

During the interview, Rollins was asked about a full-fledged Shield reunion, and whether or not it’ll help Roman Reigns get cheered.

Read Also: Update On When The Shield Will Reunite

According to Rollins, the WWE fans have already made up their minds on Roman Reigns:

“I, for one, am open to the idea of it,” said Rollins. “Whether it helps Roman or not, it helps me. I truly enjoy being out there with those guys. We shared some great times in the ring. If it happens, it happens. If not, we’ll all be fine.

“I think the people that decide to boo Roman, they’ve made up their minds. Some of them do it for fun. The rest out of spite. Who knows? The guy works hard.”