WrestleMania has come and gone which means it is time to “shake things up a bit.”  With the two-night Superstar Shakeup in the rear-view mirror, all sights are set on the Greatest Royal Rumble and Backlash. Starting with the Backlash event, all pay-per-views will go back to being co-branded events as opposed to the brand exclusive pay-per-view format that has been in place since the revival of the brand extension back in 2016.  This means that each pay-per-view will have superstars from RAW and Smackdown competing on the card, similar to the 2007-2011 pay-per-view structure.

With WWE featuring both brands on each pay-per-view event, we are looking at a potential booking nightmare.  Not since the acquisition of WCW in 2001 has WWE’s main roster acquired this many talent.
Since WrestleMania 34 just roughly two weeks ago, here are the names that have all either returned or been called up to the main roster: 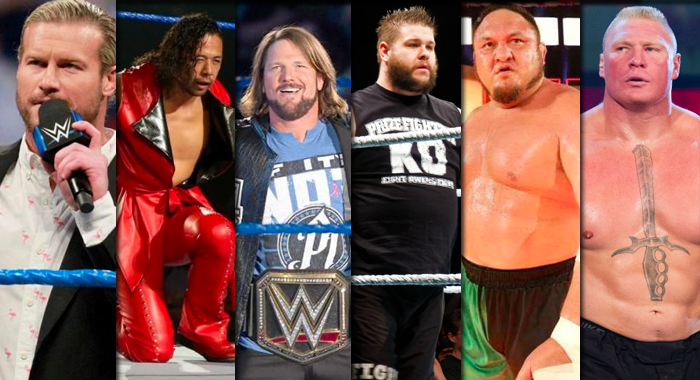 In addition, there are individuals such as John Cena, Brock Lesnar, Kane, Chris Jericho, and The Undertaker who float in and out as well as competitors like Dean Ambrose who will be returning from injury shortly.  Also, I’m sure that WWE would like to call-up more individuals from NXT within the next year that will continue to add to WWE’s logjam of a main roster.  An argument can be made that individuals such as Aleister Black, Velveteen Dream, Nikki Cross, Kassius Ohno, Johnny Gargano, Tommaso Ciampa, Adam Cole, Bobby Fish, Kyle O’Reilly, Pete Dunne, Roderick Strong, and Kairi Sane could each realistically be called up to the main roster by the end of 2018.