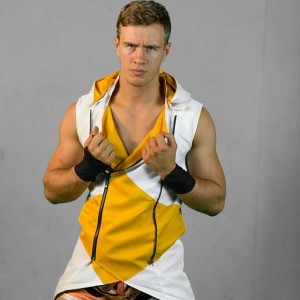 Independent Professional Wrestling in the United Kingdom is certainly at all-time popularity. Independent wrestling promotions such as Southside Wrestling, Insane Championship Wrestling and Progress Wrestling are experiencing record attendance and merchandise sales, but much of the success of these promotions and various others throughout the United Kingdom.  Pro Wrestling Smark Talk believe much of the success lies with young and upcoming performers such as Noam Dar, Jimmy Havoc, Eddie Dennis, Mark Andrews, Gredo, RJ Singh, and various others.  These performs are bringing something new and fresh to the Independent Professional Wrestling scene in the United Kingdom, such as athleticism, passion, character, in ring psychology and storytelling.

These UK Independent Professional Wrestlers have done a tremendous job capturing the imagination of independent wrestling fans not only in the United Kingdom but started to develop a small cult following in the United States, thanks to social media outlets such as Youtube, Facebook, Twitter and Instagram which has help expand their brand beyond their country’s boundaries.  These young UK performers are so impressive TNA (Total Nonstop Action) have decided to film a second edition of TNA British Boot Camp this coming August, 2014.  Some of the names which been invited to participate in the upcoming TNA British Boot Camp 2 are Noam Dar, Mark Andrews, Tiger Ali, Nikki Storm, Kay Lee Ray, The Owens Twins, RJ Singh, Rampage Brown and other top independent UK Wrestlers.

Pro Wrestling Smark Talk believes TNA have left out one UK independent wrestler, whom have been impressing wrestling fans over the last several months with his wrestling abilities and high flying style.  William Ospreay arguably is one of the most talented performer in the UK independent wrestling scene and competed for various wrestling promotions throughout the United Kingdom but most noticeably to this writer.  William Opsreay stands out preforming in Progress Wrestling, were he has truly captured the admiration of Progress Wrestling fans since his inspiring performance at Progress Wrestling Chapter 13 : Unbelievable Jeff, which you can watch the entire event for FREE at www.youtube.com/progresswrestling.

1) What inspired you to get involved in the wrestling industry?

William Ospreay: “I was inspired by Ricochet because the stuff he have done inside the ring was so different, but ultimately decided to become a wrestler because of the match between AJ Styles, Samoa Joe & Christopher Daniels”.

2) William was it difficult breaking into the wrestling business and where did you go to receive your training?

William Ospreay: “It was very difficult because of my roots and background as a backyarder as all the “old school” guys hated it.  I received my training at LSLL, people saw the stunts I perform and thought I had something special”.

3) William how would you describe your first wrestling match?

William Opsreay: “Well my first “pro” match was in front of 1000 people at “Elephant & Castle” for BritWres-Fest and that’s where the buzz began.  I was under a mask so I get told all the time, “you vs that mask guy” would be awesome. My response, well that is me, but overall it was immense. I was legit nervous being inside the ring with Paul Robinson, Blockbuster & Burridge doing our Lucha Britannia gimmicks, and getting told you guys basically stole the show”. 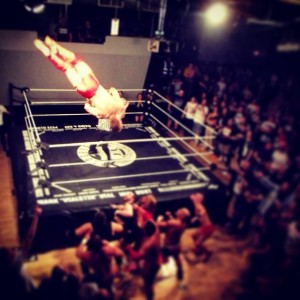 4) William, what’s your overall thoughts on Progress Wrestling and what’s your biggest highlight competing for the organization?

William Opsreay: “Progress Wrestling is my favorite place to wrestle as I feel I’ve been given a ball to run with. Thinking back Chapter 2 were I debuted and saw my old tag partners leg broke, Chapter 7, I was booted out Progress Wrestling, Chapter 11, made my return, Chapter 14, I’ve got a guarantee shot at the Progress Wrestling World Championship and finally at Chapter 15 on September 28th, 2014 from the Electric Ballroom I’ll be Main Eventing the show teaming up with Noam Dar, and Progress Wrestling Tag Team Champions Mark Andrews & Eddie Dennis. They have given this Essex boy a huge platform to jump off and every day I can’t thank them enough because I feel that’s the company that made Will Ospreay”.

5) William @ Chapter 13 Unbelievable Jeff; Paul Robinson your tag team partner turn his back on you during your guys tag team match. What were your initial thoughts after it happen?

William Ospreay: “Well quite simply, after they hit that district line I said “I’m not going down without a fight”. 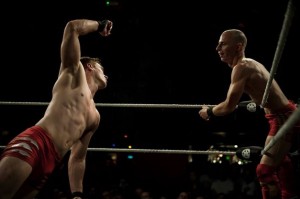 6) William do you have any sort of theory why Paul Robinson turn his back and align himself with Jimmy Havoc?

William Opsreay: “I have no clue on why he walked out.  Paul Robinson hasn’t given me any answers but I’m not waiting for an answer especially after he signed up with Jimmy Havoc. Just want to break a few ribs, then we will call it even”.

7) William at Chapter 15 you’ll be teaming with Mark Andrews, Eddie Dennis and Norm Dar to face the Regression (Havoc, London Riots and Robinson) its careers vs titles. What does this match mean for your career, especially if you pinned Jimmy Havoc and win Progress Wrestling Championship?

8) William last question where do you see yourself five to ten years from now in pro wrestling?

William Ospreay: “I’d like to be a leader inside locker room and be the type individual, new wrestlers look up too, especially in a place like Progress Wrestling”.