The former Knockouts Champion posted photos on Twitter earlier this week, and while the initial damage did not appear to be too severe, more recent updates on her Instagram story shows blistering and discoloration across both her hands.

The burns were a result of a candle sent to her as a part of an “influencer package” by a company called Lily’s Sweets. Taya claims the flame “burned like a torch” when lit and she suffered the burns while trying to put it out – after it had done damage to her home.

“Warning! I was sent an influencer package by @LilysSweets, I love their chocolate. Today I lit a candle they sent me. It burned like a torch, charred our window and wall and I just suffered 2nd degree burns on both hands and my face trying to put it out. UN F’N REAL!”

Taya’s husband, fellow pro wrestler and WWE Superstar John Morrison, also took to Twitter warning people against the company in question, claiming that the candle “burns like a tiki torch”. 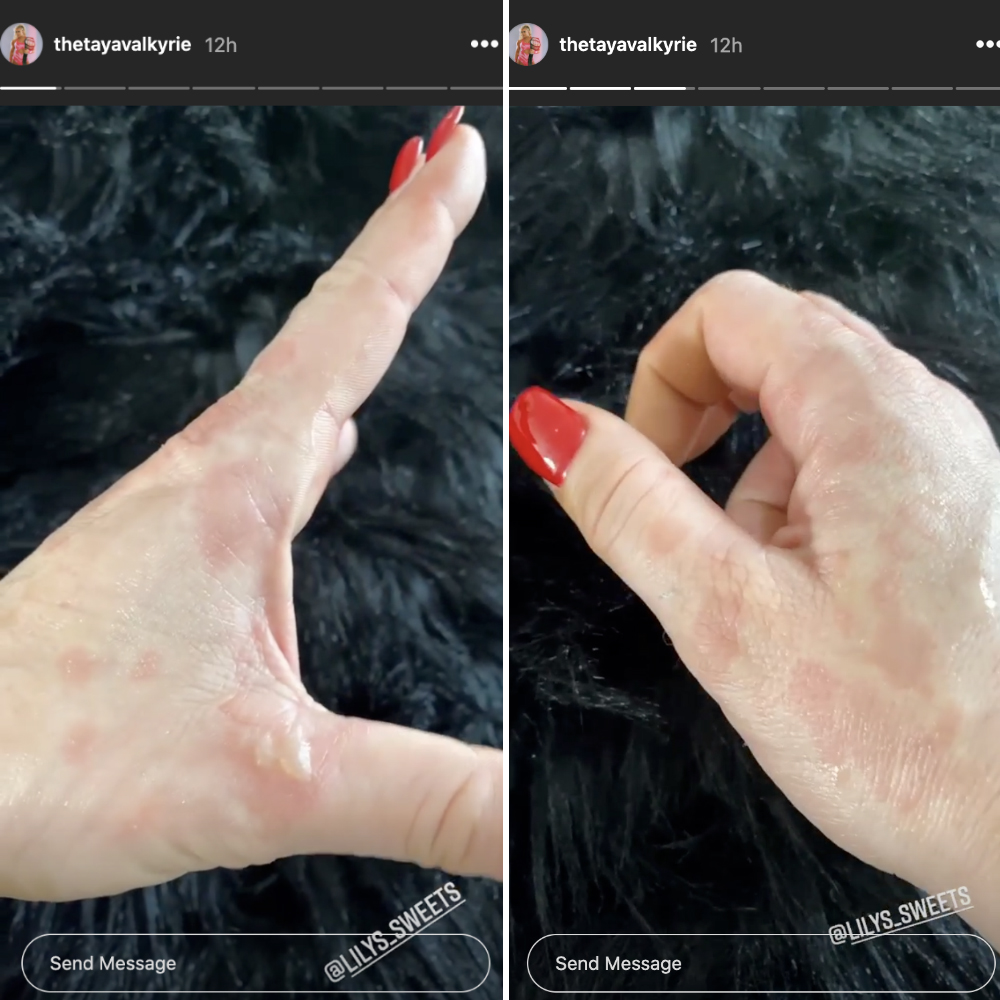 Got to wonder what they put in their products if they are making candles that burn like propane torches 🤔 I just threw away all the @LilysSweets in the house.
Ours is not the only home that’s lit their candle that burns like a tiki torch. Be careful with Lily’s 🙏🏼 https://t.co/KAolRw63aG