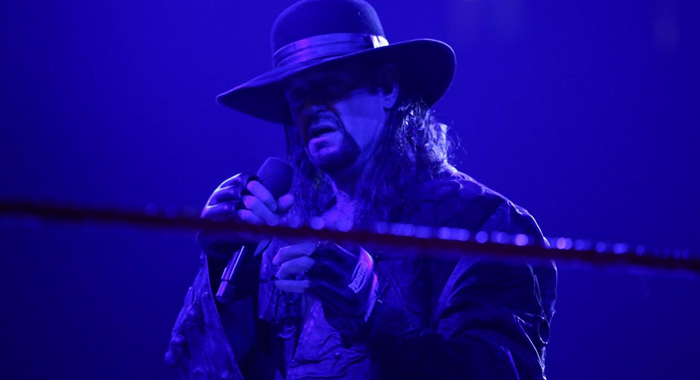 The Undertaker recently appeared on the NotSam podcast where he discussed his decision to remain loyal to WWE throughout his career.

The Deadman was loyal throughout his entire career from the moment he signed with WWE right up until now, where he is currently under a 15-year contract with the company. He discussed why he remained loyal, admitting it was just a gut instinct inside of him.

“I was so frustrated with our creative direction,” Undertaker said. “We had a bunch of really goofy characters and then WCW was down there doing real angles, and it was common knowledge that they basically opened up the checkbook. I had to hear guys talk about the money that they’re making and know you’d be able to write a pretty big check and stay at home most of the time. So, those thoughts were there, but when it really got down to it, I just can’t. Obviously I’m not the best business man, but something inside of me said ‘You can’t leave here.'”

Undertaker then spoke about how he felt a real loyalty to Vince McMahon after he had given him an opportunity.

Undertaker continued, “After him giving me an opportunity, and what the other guys had said to me, and Undertaker happened and was off and running, I can’t leave. My loyalty to him for giving me that opportunity was more than the short-term cash I could’ve [gotten] by going back down to WCW.”

The Deadman then discussed a conversation he had with Jim Herd and Ole Anderson who claimed people wouldn’t pay to see him wrestle. He admitted that is what really lit a fire under him.

“At that point I was locked in,” Taker said. “I knew this was what I was going to do and I knew my days there were numbered. I never second guessed myself and thought I needed to go get a different job or go back to school. I knew I needed to make some moves. It was always fuel, always fuel. I’ve never forgotten it. I keep bringing it up 30 years later, I’ve always had that in the back of my mind.” (H/T to WrestlingInc.com for the transcriptions.)