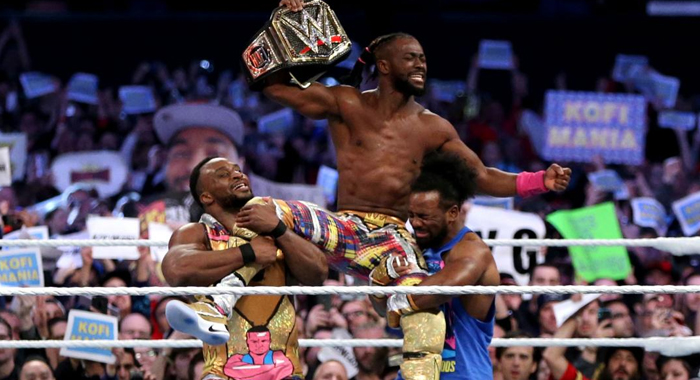 The New Day are set to host a special celebration for Kingston following his historic victory over Daniel Bryan, but will it end up running as smoothly as they hope?

The double champion, Becky Lynch is set to appear on the show after claiming both Women’s Titles, but will the target on her back grow any bigger?

Only one match has been announced ahead of time but it is a major dream match as The Usos are set to defend their SmackDown Live Tag Team Championships against The Hardy Boyz.

As always, ProWrestling.com will be providing complete, LIVE coverage of WWE Smackdown beginning tonight at 8pm EST, so be sure to join us then!

WWE.com is hyping the following points for tonight’s show:

There’s a new champ, yes there is!

If you thought The New Day were done celebrating Kofi Kingston’s emotional WWE Championship victory at WrestleMania, think again. The New Day are hosting a celebration for the new WWE Champion tonight. What do they have planned? Find out tonight on SmackDown LIVE at 8/7 C on USA Network!