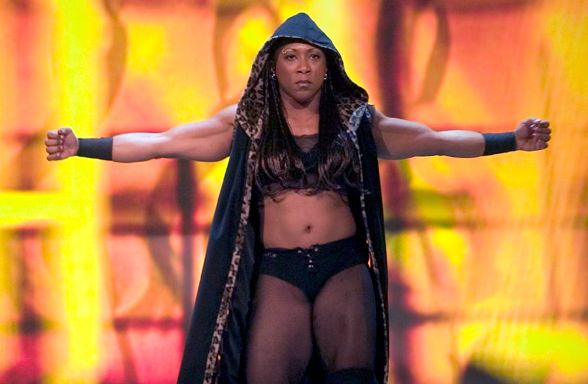 After a brief stint in ECW before the company folded, Jazz was brought to WWF at the end of the Invasion/Alliance angle to battle for the vacant WWF Women’s Championship at Survivor Series 2001. She had as good a debut as you could hope for, given the era, but a six-way match isn’t really the best method of shining a spotlight on anyone.

Jazz had an impressive yet short flurry of offense at the beginning and certainly stood out more than some, but if it weren’t for Paul Heyman singing her praises on commentary I doubt anybody would have even mentioned her beyond a few passing comments. Trish Stratus went on to win the match, and consequently the title, and the rest is history. Fast-forward 17 years and she’s the NWA World Women’s Championship.