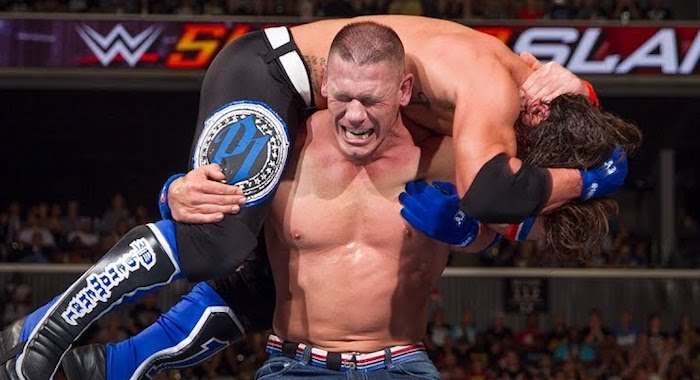 As we approach the hottest party of the summer on August 19th one of the biggest unanswered questions about this year’s SummerSlam pay-per-view remains the status of one John Cena.

The man is a 16-time world champion and over his career he’s sort of become a synonymous staple of the annual August event. In fact, since his debut Cena hasn’t missed a single SummerSlam, racking up classic matches against virtually all of his major career rivals, from Edge, Randy Orton and Batista all the way to Brock Lesnar, CM Punk and AJ Styles.

The point we’re making is, it would just be strange to have a SummerSlam come and go without John Cena involved in some way. Maybe this is the first year he doesn’t actually wrestle a match, but the champ deserves a spot on a pay-per-view that’s probably going to run at least five hours (and feel like nine).

Unfortunately, there’s only two weeks of television left until the big day, and as of yet he hasn’t even been mentioned, much less properly advertised. Regardless, we’ve come up with ten ways WWE could utilize John Cena at SummerSlam, without having to actually do much in the way of setting up his return. Let’s get to it!