Gaburick’s role in Impact had been relegated to mostly consulting work after Anthem Sports and Entertainment took over Impact. Gaburick had been retained by Anthem mostly as a fail-safe in case things went awry with Jeff Jarrett. Gaburick actually had plans to leave Impact a while back, but as it turned out, Jarrett did end up leaving Impact, so Gaburick stayed on with the company to help out in Jarrett’s absence. 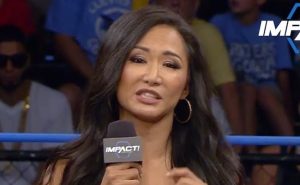 As of late, Sonjay Dutt and Scott D’Amore had been handling the creative side of Impact, and Gaburick was handling production elements.

As we noted earlier today, Scott D’Amore and Don Callis have been named as new Senior Impact Wrestling Executives, dramatically lessening Gaburick’s role in the company.

In related news, PWInsider reports more top talents might be leaving Impact Wrestling soon, with the company focusing on using more Canadian-based talents, which will be more cost-effective.

Dutch Mantel is also expected to be leaving Impact after the new year. Mantel lost significant power in Impact Wrestling once Jeff Jarrett left the company.

Finally, it’s being said Abyss, Jimmy Jacobs, Jeremy Borash, Sonjay Dutt and Gail Kim will be working as producers in Impact and will have a say in creative, but the final calls will be made by Callis and D’Amore.