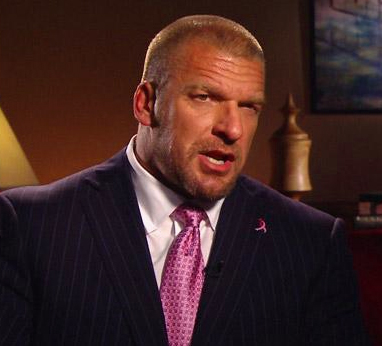 Triple H posted the following on Twitter, commenting on the passing of Chyna…

Someone who wasn't afraid to blaze her own trail & create a path for those who would follow. A pioneer whose star shined bright. #RIPChyna

Here are TONS of other current and former Superstars reacting to her passing:

I got this news a few hours ago and have been simply GUTTED since! Hate these 3 letters, RIP "Ms. Big Joanie" #FoundPeace

Thoughts and prayers go out to Chyna's family. She was always cool with me. #Rip9thWonder

She broke barriers and changed women's wrestling forever. Who knows where most of us would be without her #ripchyna

I had been in contact recently with @ChynaJoanLaurer to guest on The Ross Report.

Unfortunately now that will never happen.

Condolences to the family & friends of @ChynaJoanLaurer. Hopefully her troubled soul has found peace.

Such a sad day. I will be staying off social media for a few days. This news broke my heart

You will always be in our hearts. Thank you for everything you have done for women in this crazy… https://t.co/1Zxcrog33d

I can't believe @ChynaJoanLaurer is gone. I'm grateful I was able to tell her how amazing she was to me. #ToTheCelloPlayingAngel #RIPChyna

They will. But It breaks my heart… I wish she would have been inducted into the Hall of Fame while she was alive. https://t.co/qEC4eImHuV

Coming home from @knokxpro training tonight only to hear this . Rest easy my friend . Thank you… https://t.co/7gCE86yBfo

Ouch…. Heavy heart tonight! #ripchyna. I literally got a pain in my tummy for this one. A true women's wrestling idol! #godbless

My heart goes out to the family & friends of @ChynaJoanLaurer Another one gone too soon. #RIPChyna

We are saddened to learn of the passing of Joanie "Chyna" Laurer. https://t.co/EgNstScdcD #RIPChyna pic.twitter.com/oLSB509p7p

All I can say is that Chyna was always incredibly kind to me. I never forgot that. Life can be rough even to the strongest amongst us.

Death always has a way of putting things into perspective. And that perspective, it seems, can be hard to swallow. …

A life can not be summed up in 140 characters. Chyna broke barriers and made people look at women in wrestling a whole new way.#RIPChyna

The epitome of the word pioneer. Godspeed my fellow Kowalski alum Chyna. You reinvented what a female wrestler is. May you be at peace.

I met Chyna months before I began training with Killer Kowalski. I asked her for advise. She said "It's hard work. Bust your ass!" #ripchyna

RIP Chyna Gone far 2 soon, it's just heartbreaking losing so many of the @wwe family-may her fam n friends have peace at this time#ripchyna

Happy to have met you, laugh with you and work with you. GOD BLESS. #RIPChyna @ChynaJoanLaurer

A true pioneer for women's wrestling, we will never forget @ChynaJoanLaurer. Thank u for paving the way for us. God bless you #RIPChyna

We are losing too many too fast and too soon. Very sad news @ChynaJoanLaurer #RIP

My thoughts and prayers go out to the family of Joanie "Chyna" today. RIP Joanie.

Thank you Chyna 4 being a huge inspiration in my wrestling journey!You are a motivation to many & will leave a mark 4 powerful women! #wwe

Devastated over Chyna passing,she dated Brutus years before wrestling,such a beautiful soul and so kind to my children,rip Joanie love u. HH

Tragic to hear about the passing of Chyna. A true pioneer. #RIPChyna

@ChynaJoanLaurer was an influence to me as a child. She made me think women could do anything in the ring. #RIPChyna #9thWonderOfTheWorld

So sad to hear about Chyna. #RIPChyna