As we noted earlier today, some major shakeups have taken place in Impact Wrestling, with the company naming a new Senior Executive team consisting of Scott D’Amore and Don Callis. The duo are expected to begin their new roles in Impact on January 1st, 2018, and exiting the company will be John “Big” Gaburick and Dutch Mantell, fka Zeb Colter in WWE. 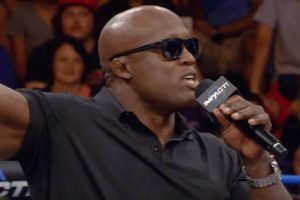 With regards to Don Callis, PWInsider.com is reporting he will retain his job as an announcer for New Japan Pro Wrestling in addition to his new Impact Wrestling role. Impact officials are hoping that they can strengthen their relationship with NJPW, so Callis working for both companies, assuming he can balance both jobs, could help in those efforts.

According to The Wrestling Observer Newsletter, Executive departures are not the only shakeups taking place in Impact Wrestling, as more top talent departures could be on the horizon as well. In recent months, we’ve seen names like Jeff Jarrett, James Storm, Reno Scum, Rockstar Spud, Taryn Terrell, The Hebners, Madison Rayne and more all depart Impact Wrestling. The Observer reports two more top names to keep an eye on are Ethan Carter III and Bobby Lashley, as their contracts might not be renewed once they expire, given the current financial landscape in Impact. James Storm was not offered a deal renewal from Impact as he had a high money guarantee.

Two talents who appear to be sticking with Impact Wrestling, however, are John Morrison and Taya Valkyrie, as they signed deals with the company that allow them to work for Lucha Underground in addition to Impact.