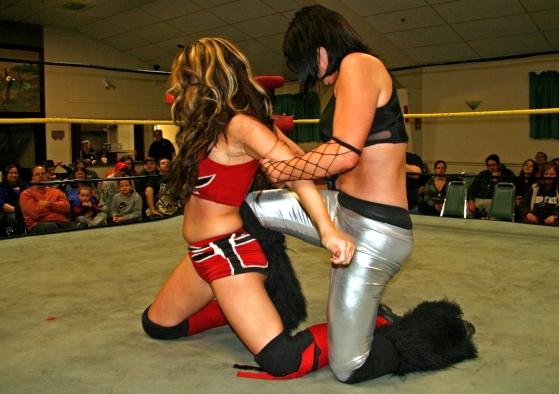 The final NECW ONLINE UPDATE before our broadcast TV debut is now online and available for viewing.
On this jam-packed edition, we bring you highlights of the match that took place February 1st in Randolph between Elia Markopoulos and “The Boston Bad Boy” Jason Rumble.Â  It’s a match that had some significant fallout as you will see.
In our feature match, World Women’s Wrestling Champion, Alexxis Nevaeh defends her title against Nikki Valentine, who returns to NECW after a long absence.
Plus, strong words from Jeremy Prophet on his upcoming crack at the NECW Heavyweight Champion, Antonio Thomas at MARCH BADNESS, and the champion’s equally strong response, as well as words from the NECW Tag Team Champions, “Superstar” Scotty Slade & “The Shure Thing” Mark Shurman.
To watch this video on YouTube:
http://www.youtube.com/watch?v=CEhnC5i5Cso&feature=youtu.be