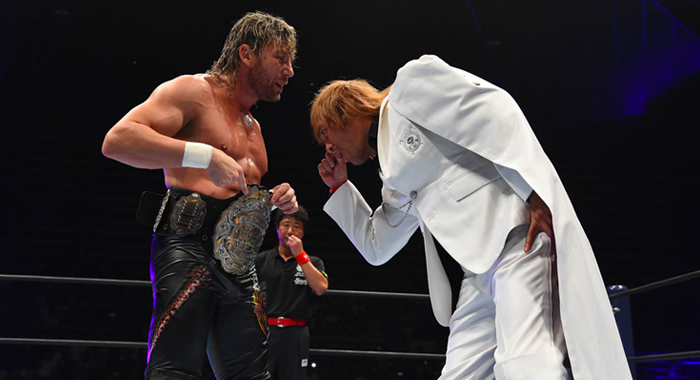 We are a little over halfway through the 2018 G1 Climax tournament, and I’ve already got a list of more than two dozen recommended matches. I’m exhausted all the time, and my sleeping schedule is basically non-existent, but it’s 100% worth it. With three rounds left in the A Block and four rounds left in the B Block, we’ve still got plenty of action still to play out in what’s shaping up to be one of the best heavyweight wrestling tournaments ever.

On the next few pages I’ve compiled my top THIRTEEN favorite matches of the 2018 G1 so far. I’ve been keeping a running collection of my personal ratings for each match of the tournament, which I tweeted out after day ten this past weekend if you’re interested in a more comprehensive look. The next thirteen matches all received a personal score of four-and-a-half stars (basically a 90% or an A-), with the Top 3 being some of the best matches I’ve ever seen. 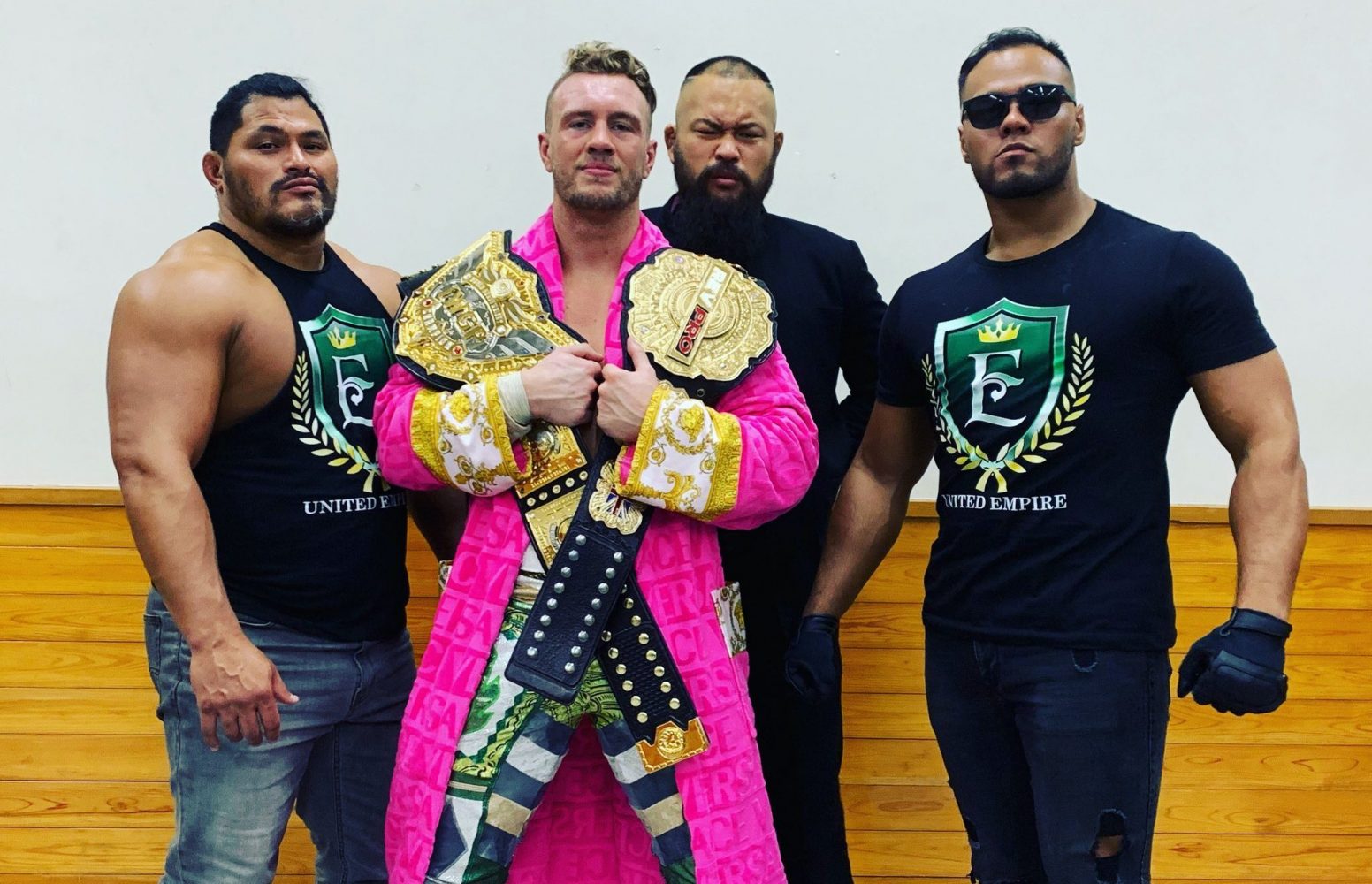 During today’s NJPW Sakura Genesis event at Ryogoku Sumo Hall, the “Golden Star” Kota Ibushi’s reign as IWGP World Heavyweight Champion came to an unfortunate end at the hands of Will Ospreay.

The two men went head-to-head for the fourth time in just over two years, expending everything in their respective arsenals in a brutal half-hour battle. In the end, the “Aerial Assassin” kicked out of two consecutive Kamigoye knee strikes, catching Ibushi with a running knee, the Hidden Blade and Stormbreaker to win New Japan Pro-Wrestling’s most coveted prize.

After the match, Ibushi was beaten down by the United Empire, receiving a thunderous Tour of the Islands at the hands of Jeff Cobb. The faction gained another new member at Sakura Genesis as well, with Toa Henare looking to change his losing ways by aligning himself with Ospreay’s new crew, seeing the success it has already brought former Young Lion the Great O-Khan.

Ospreay went on to call out Kazuchika Okada after his big win, claiming that his story will not be finished until he avenges his loss to “The Rainmaker” from Wrestle Kingdom 15.

Before the record-breaking former champion could answer the challenger, however, Shingo Takagi ripped the microphone out of Okada’s hands and issued a challenge of his own. The “Last Dragon” reminded everyone that he defeated Okada in the first round of the 2021 New Japan Cup.

While this still has to be officialized by New Japan management, Ospreay in no uncertain terms agreed that he would put the IWGP title on the line against Shingo Takagi first, and then he would come for revenge on the great Kazuchika Okada.

This article was originally published by Matthew Wilkinson and edited by Mike Killam. 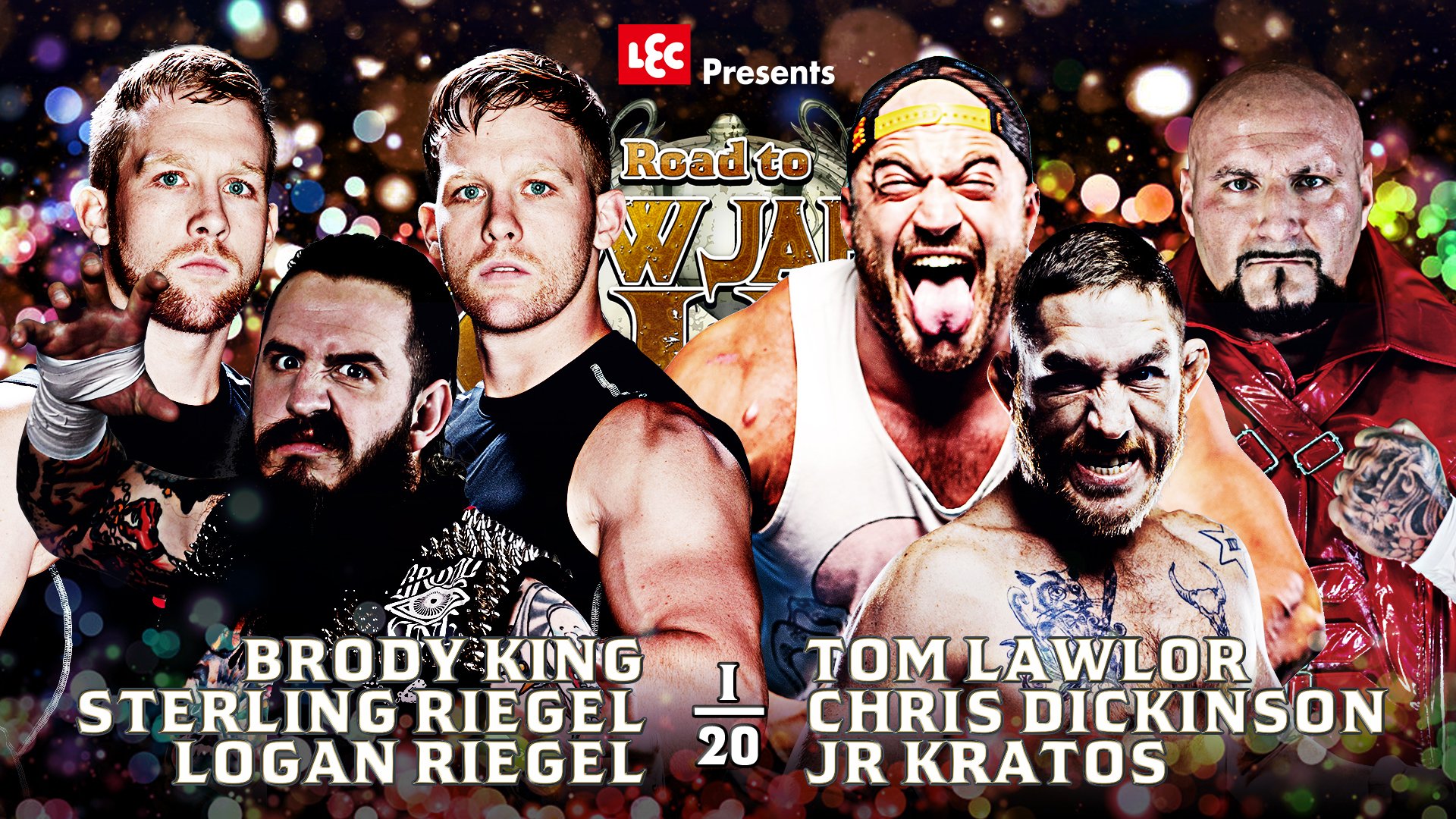 Kevin Kelly and Alex Kozlov run down the match card and discuss the 2021 New Japan Cup USA tournament starting next week. This year not only does the winner get the traditional tournament, but they will be awarded the brand new STRONG Openweight Championship!

Rocky got the win with a cross armbreaker in about nine minutes. Knight went after the leg and back on the mat early on, but ran into a dropkick. Rocky lit him up with kicks all over the body, Knight came back with heavy blows in the corner, but Rocky gave it right back to him with more chops. The Young Lion set in with European uppercuts one after another, and took him down with a shoulder tackle, but Rocky shook off the Boston Crab. Knight continued to work the back with body slams and knee drops, and eventually got the Boston Crab locked in. He kept trying for a vertical suplex throughout the match and Rocky had different counters for it each time. In the end it was his Achilles heel, as Romero reversed the suplex into a crossface, rolled into a big German suplex, and slapped on the cross armbreaker to get the submission.

Misterioso and TJP spent the first few minutes grappling back and forth looking for advantages, but kept coming up even. When that didn’t work they started trading flash counters. Misterioso got the better of the exchange and went for a dive outside, but Coughlin pounced him clear across the ring. Clearwater tagged in but rushed right into a double-team beatdown. TJP nearly wrenched his arm out of its socket, and Coughlin slowed things down with various holds, working the back with knees and clubbing blows. Misterioso eventually got the hot tag and caught Coughlin with some close pinning combinations, running through both with a double clothesline. Coughlin gave him a backbreaker right into a crazy impressive bridging fallaway slam, all in one fluid move. Clearwater got the tag and rushed in, putting the boots to Coughlin in the corner. He hit a huge lariat, but TJP made the save at the last second. Misterioso went for a dive to the outside but crashed and burned. TJP hit the Mamba Splash on Clearwater shortly after to win.

The Riegel twins tried to work on Dickinson with some double-team offense at the start, but the “Dirty Daddy” ran through both with clotheslines. Brody tagged in and they started trading heavy forearms. Dickinson took out the big man’s knees and backed him into the heel corner. Kratos and Brody started trading even heavier forearm shots until things broke down into a brawl on the floor. Team Filthy got a hold of Sterling Riegel and beat the hell out of him, alternating with quick tags for quite some time. Kratos mauled his arm, which set up Lawlor to come in and work it over with different holds and submissions. Sterling eventually shocked everyone by trading blows with Dickinson and took him down with a backbreaker. Brody got the hot tag and scared off Lawlor before squashing him and Kratos in the corner. He tried to toss Logan Riegel into an assisted dropkick, but Kratos pounced the poor kid across the ring. Sterling then tried for a crossbody, but the juggernaut swatted him down. Dickinson started pelting Sterling with forearms until the ref called for the bell.

Team Filthy beat down all the babyfaces after the match. Tom Lawlor tried to get Chris Dickinson to break Sterling’s arm but he refused to do it. Possibly out of respect after Sterling stood up to him and traded shots during the match. Kratos had no problem injuring him, however, and brutally snapped his arm backwards and stomped on it. Dickinson shook his head and walked through the corner before the others.