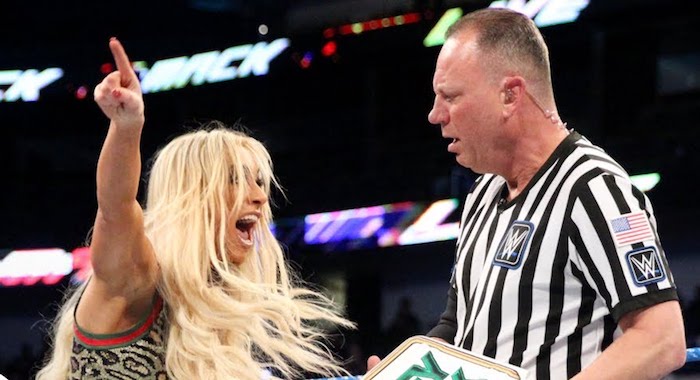 Even though the cash in was a little awkward and clunky due to the referee’s confusion (seriously, its been done for 13 years), we can’t not have this on the list just due to the sheer history being made and the history attached to this cash in.

Just the night before, Charlotte Flair had defeated Asuka to end Asuka’s undefeated streak of 267-0, snapping the longest undefeated streak in the history of the WWE. Carmella, who is not just the first ever Women’s Money In The Bank winner, but the first two-time Money In The Bank winner (she won it twice in a matter of days), held the briefcase for 278 days before cashing in on a vulnerable Charlotte Flair.

This makes Carmella not only the first Women’s Money In The Bank Contract winner but also the first woman to successfully cash it in to win the WWE Smackdown Women’s Championship. And that is F-A-B-U-L-O-U-S.