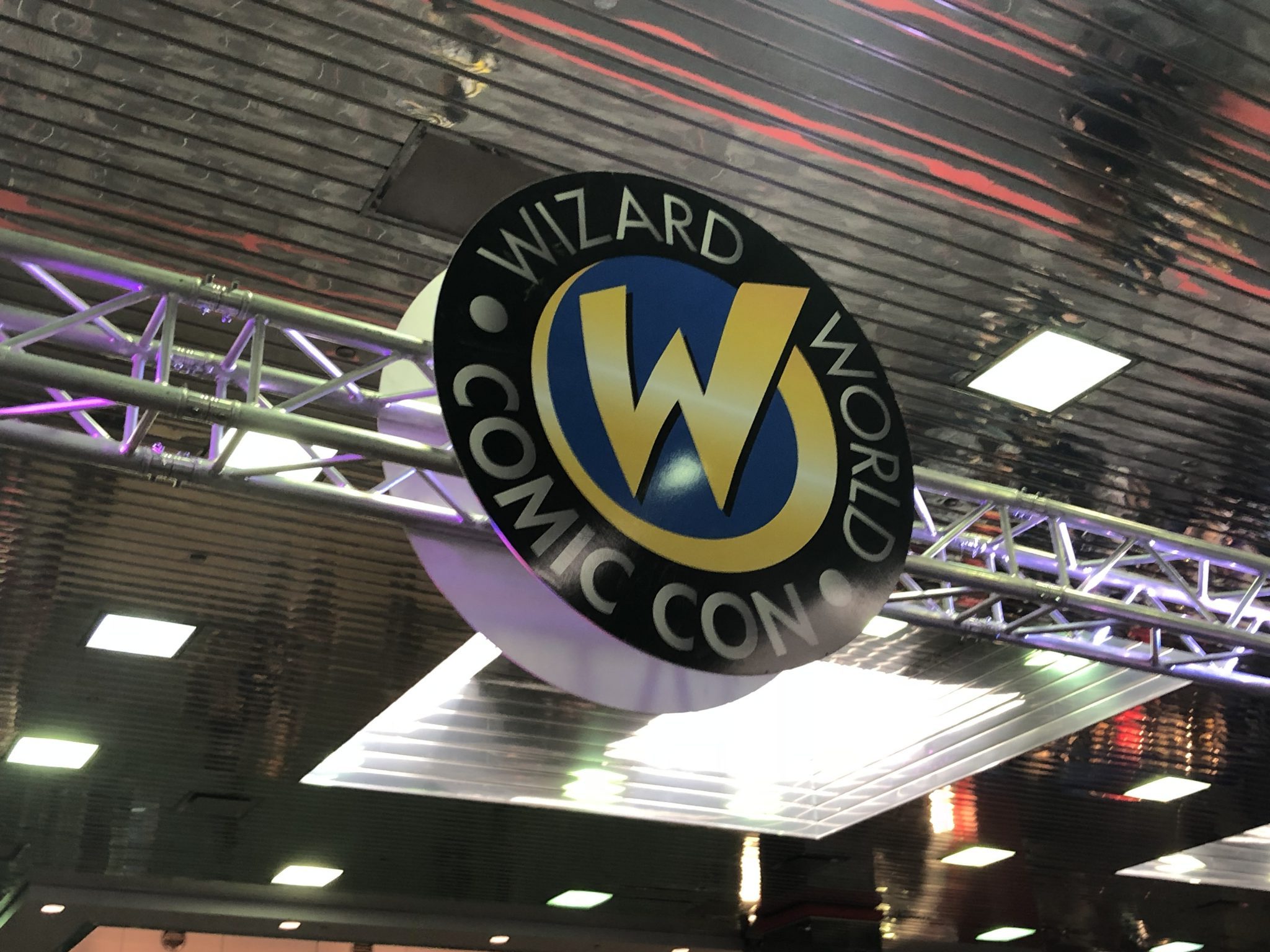 ProWrestling.com had the opportunity to attend the Wizard World event in Chicago (technically Rosemont), which took place from 8/23-8/26 and there were several former superstars in attendance. We were able to attend a panel that included Tommy Dreamer, Christian, and one half of the Legion of Doom, Road Warrior Animal, which included a Q&A session which you can read the transcription below.  Please credit ProWrestling.com and provide a link to this article of you use any of the transcriptions below in articles.

We were also able to catch up with former WWE Superstar Enzo Amore, and you can read the full interview HERE or watch the video HERE. Thanks to Wizard World for allowing us to attend!

Between The Ropes: A Conversation With Christian, Tommy Dreamer, And Road Warrior Animal
August 25th, 2018
Report by Doug Enriquez for ProWrestling.com

Road Warrior Animal (RWA) commented that he is always excited to meet the fans. He says that some guys are considered “untouchable”, but this is a good way to give back to the fans.

Christian says its the same for him, plus the fact that fans don’t get pushed through a line which can allow them to actually have moments with fans.

Tommy Dreamer says that on top of all of that, he loves to hear the stories that people have to tell him

On what they think about ALL IN….

Both Tommy Dreamer & RWA say that they both plan on being in attendance, and RWA will also be at Starrcast. Tommy joked that he will be in Cody’s corner.

On what they thought about the current product, why it is stagnant, and what it is missing…

Animal says that there is no story in today’s product. He also says that monthly Pay Per Views are too much, and he would think the storylines would benefit from quarterly pay per views. He said this leads to blow offs that are too quick and there are too many title changes.

Christian says that too many people need to know everything instead of just enjoying the ride.

Tommy Dreamer says that the biggest differences are social media and cell phones. He brings up “Classy” Freddie Blassie, and how he used to call guys fat losers. He notes that if that were now, that guy would go onto social media and claim that they were fat shamed. It makes guys afraid to be true heels. He brings up Enzo Amore, and how now people go online to call him horrible things like a “rapist” because that’s what they read online, but Tommy has had to tweet back and tell people that Enzo has been nothing but a nice guy and how he had to tell them that there were no charges actually filed and there was no evidence of wrong doing by Enzo.

Dreamer also says that nowadays there could also never be characters like Iron Sheik or Goldust because people would say that they were making fun of homosexuals even though Goldust was never said to be a homosexual.

On if these changes make them hold back now…

Christian says that they have to use common sense. Too many people write things and don’t read over that they say before hitting the send button.

On who their favorite opponents have been….

Christian says that as a tag team wrestler, the Hardyz of course. They put each other on the map, and it’s said that overnight they went from WWE wrestlers to WWE Superstars. Otherwise as a singles competitor, he says that he has never had a bad match with Randy Orton.

Road Warrior Animal says that it is hard to choose because he was fortunate to wrestle against several other great tag teams.

Tommy Dreamer says Christian. He notes that everyone who has ever wrestled against Christian has never had a bad match.

Asked about funny moments that they’ve had in the ring….

Animal says that they used to face off the Midnight Express with Jim Cornette and outside of the ring, The Midnight Express would fight amongst themselves, which would make Animal uncontrollably laugh. Hawk used to get so mad at him and tell him to stop, but he couldn’t.

Tommy Dreamer said it was a match on the 4th of July, where it was he and The Sandman against RVD & Sabu and Sabu pooped his pants. Sabu was trying to get The Sandman to hurry through his entrance but by the time he got in the ring, it was too late. He took things like a Poopensteiner, and even a Sabu leg drop through a table. Sabu apologized profusely as his green pants were covered in brown. He said that they were lucky that the event was outside.This one definitely had the crowd laughing.

Asked about if things ever didn’t go to plan…

Animal says that sometimes WWE wanted to do things that were too close to home, such as the storyline where Hawk was too drunk and fell off the Titantron. He later noted that that storyline was supposed to actually be him, but because of his kids, he turned it down.

Tommy Dreamer says that at the Royal Rumble, Bill Demott broke his hand on the opposite side of the ring, but for whatever reason he was blamed. He says that he legit did bust open Chris Jericho’s eye, and then Jericho had to wrestle another 40+ minutes. It led to Christian coming in the ring and kicking Dreamer in the gut as hard as he could.

PW: “We’ve seen the commercials, but when can we expect to see the Edge & Christian Show That Totally Reeks of Awesomeness again, and will it be as edgy as the first season?”

Christian said that it will premiere in the fall, and that it will be a better show than the first season was. He says that they were able to write the whole show before they started versus a process of shooting, writing, shooting, writing, etc. He says that they’ve figured out more what the show is going to be, and it’s made it a better show. He also mentioned that Tommy Dreamer is going to be in a lot of the show.

Dreamer chimed in and he says he’s in it, but he’s naked a lot. He jokes that Vince likes to see him naked, and that he’s Vince’s favorite naked fat guy.

He equates it to getting married, divorced, and then someone else is raising your child. He says that on the plus side, it got him to be at WrestleMania with his friends, and it allowed other guys to give credibility to certain titles. It also allowed him to make a lot of money, so it’s all cool.

On if the Bullet club will be ever be in the WWE….

Dreamer says that guys like Cody would have never been given the opportunity had he stayed in WWE. He says that he turned down WCW twice because he knew that WCW was only trying to hurt ECW at teh time, and he also turned down WWE once. He also notes to take a look at guys like Anderson & Gallows. They might be able to make more money, but they aren’t the same guys.

PW: We saw an incredible show that you (Tommy) were involved in at Slammiversary with IMPACT Wrestling. What does IMPACT need to do to continue making a dent in WWE and continue their momentum?

TD: “They need to be different. They need to make sure that they lock up a lot of talent. They have some amazing wrestlers. Pentagon is off the charts. Fenix, off the charts. WWE has approached them. Eddie Edwards, we’re seeing new shit out of him. Sami Callihan…Sami was in WWE and if you look at Juice Robinson, he’s doing great in New Japan, he was in WWE forever. There’s only so many spots to fill.

I come from a sports mentality. If you’re on offense and you’re scoring a ton of points, great. Then defense needs to change, or else guess what? You’re going to lose. So what ever they do, go different. That’s what we did in ECW. IMPACT Wrestling was always like WWE Lite, and “Oh, let’s go to Monday nights…” Great Idea Eric Bischoff….STUPID. Be happy where you’re at and keep doing what you’re doing. We want variety. We’re wrestling fans.”