All eight competitors have now been revealed for the World Title Eliminator Tournament set to begin next Wednesday night on AEW Dynamite, with the “Bad Boy” Joey Janela and Pentagon Jr. rounding out the field.

WIth that announcement, we also have have the complete tournament bracket, including some incredibly exciting heavy-hitters never before seen in an All Elite Wrestling ring.

On the left side of the bracket, it’ll be a battle between two brothers, as Rey Fenix and Pentagon Jr. go to war in what could be a Match of the Year contender.

This is not the first time since the Lucha Bros. have faced off in singles competition; they’ve fought all around the independents, for MLW, and Lucha Underground fans may recall they actually debuted fighting each other in the show’s first season.

We’ll also see Joey Janela take on Kenny Omega, leading to some potentially interesting possibilities. The right side of the bracket sees Colt Cabana vs. Hangman Page, and Jungle Boy vs. Wardlow, with the finals of the tournament taking place on Saturday, November 7 at AEW Full Gear.

They may stretch this storyline out further, but AEW has been very slowly building towards an inevitable collision between former tag team partners Kenny Omega and Hangman Page, which could certainly add a must-buy bout to the pay-per-view. 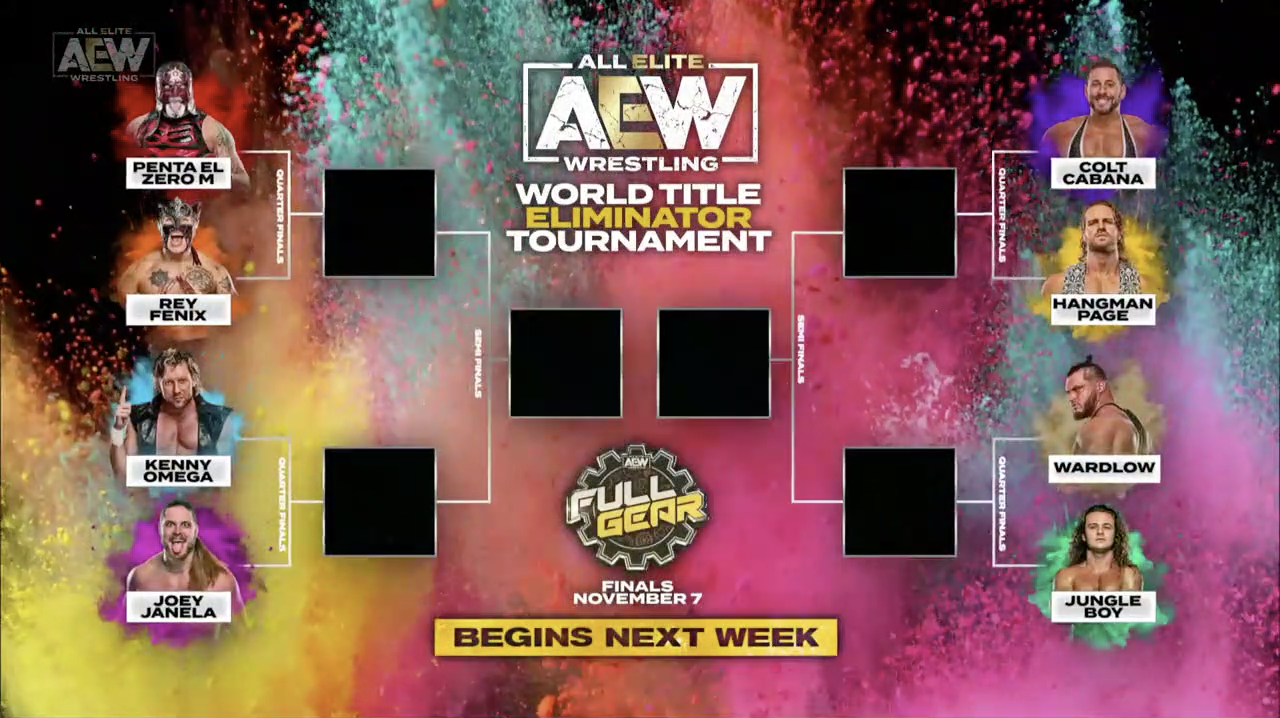