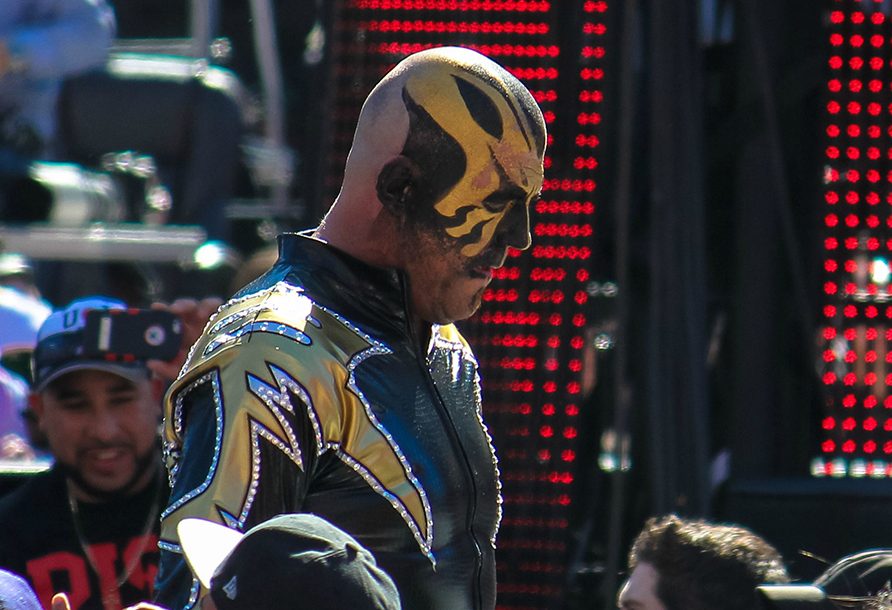 WWE Superstar and veteran pro wrestler Goldust will be on E&C’s Pod of Awesomeness this week alongside hosts Edge and Christian. The episode drops Friday morning on iTunes, Google Play and other popular podcast distribution networks.

Goldust should be an interesting guest with 30 years in the business and a very interesting personal life story. He’s also the brother of ROH World Champion Cody Rhodes, who’s been a part of a group causing a lot of issues with WWE lately.

According to last week’s edition of the Wrestling Observer Newsletter, ticket sales for the January 4th Wrestle Kingdom 12 pay-per-view are going extremely well. New Japan Pro Wrestling’s biggest annual event went on pre-sale to club members earlier this month, and “all the best seats” have been accounted for with “almost the entire floor” sold out.

The report indicates that sales are currently where they were in December for last year’s Wrestle Kingdom, and the general public on-sale doesn’t even start until October 25th. It was recently confirmed that Kazuchika Okada – who will break the all-time record next month – will defend the IWGP Heavyweight Championship against Tetsuya Naito in the show’s main event. New Japan has seen definite growth in 2017 with the Okada/Omega program generation tremendous buzz, alongside sold-out venues for all of their major shows and almost every tour outselling the year before.