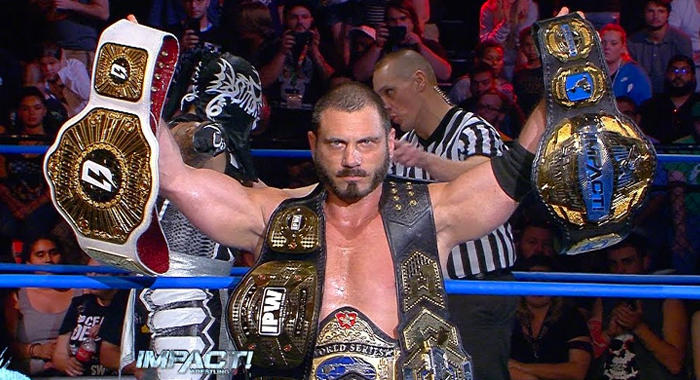 The following are results from this weekend’s two-day World Series Wrestling event in Victoria, Australia featuring some huge names from all around the world, including several talents from Impact Wrestling and Ring of Honor.

As noted, the WSW promotion will be coming to the GWN App in the near future, so these events will most likely be available to view on-demand within the next few weeks.

The first show was headlined by the “belt collector” Austin Aries defending the WSW Heavyweight title against both Brian Cage and Johnny Impact in a triple threat match, plus Abyss and Jimmy Havoc in a Hardcore Match. The second night featured Aries defending the Impact World Heavyweight Championship in three back-to-back-to-back title matches (for some reason), including Bullet Club member Hangman Page.

– The Parea def. The Filip Brothers to retain the PCW Tag Team Championships