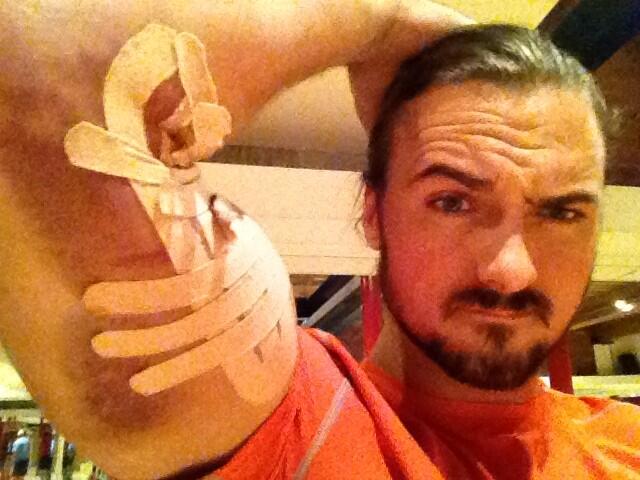 — At Sunday night’s WWE live event in Erie, PA, Damien Sandow filled in for 3MB as he teamed with Heath Slater and Hornswoggle to face El Torito and The Los Matadores. 3MB wound up losing.

— WWE Hall of Famer Jim Ross will be bringing his one-man “RINGSIDE” show to Australia in 2015. Ross plans to reveal further details in the coming months via his Twitter account.

— The Post & Courier’s Mike Mooneyham posted an article today looking at singer Darius Rucker. During the interview, Rucker discussed his love for pro wrestling and said the following regarding Ric Flair:

“For me, the Mount Rushmore of greats would be Ric Flair, Dusty Rhodes, Hulk Hogan, Bruno Sammartino or Lou Thesz. You can do either one of them in that fourth spot. But I think Ric Flair is the greatest of all time. He’s the greatest I’ve ever seen … on the mic and in the ring. Hogan gets all the accolades because he was up in New York with (WWE owner Vince) McMahon. But when you talk about on the microphone or in the ring, he doesn’t hold a candle to Ric Flair. When you watch Ric on TV, that’s who he is. He’s the Nature Boy 24 hours a day, seven days a week. I just love him. He’s the most personable guy. That argument over who is the greatest of all time is such a big thing. All those New York guys say Hogan. I’ve watched a lot of wrestling, and even now I’ll YouTube a lot of stuff that I haven’t seen, like old Bruno matches or Lou Thesz matches that you can get on there. You can watch all the greats. But Ric Flair is the greatest of all time.”