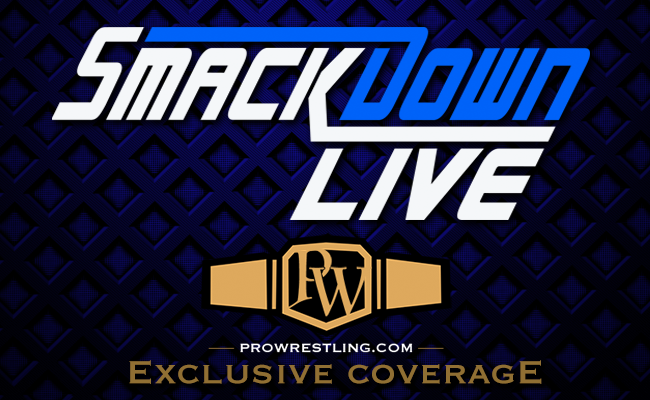 WWE Champion Jinder Mahal cut a promo talking about dining with the “elites” in Manchester, and referring to the first course of the meal as AJ Styles because that’s exactly what he is. Styles is the first course, and the main course in his championship feast will be Brock Lesnar at Survivor Series.

Hard-hitting couple of minutes to kick things off. Orton went for an early RKO but Rusev escaped and crushed him with a kick to the back of the head. After a commercial break the Bulgarian Brute was still in control, putting the boots to Orton in the corner and dragging him all around the ring. The crowd was split with a very loud “Let’s Go Rusev, RKO” chant. Rusev signaled for the The Accolade but spent a little too much time soaking in the praise from the England crowd, and Orton caught him with an RKO out of nowhere.

James Ellsworth is seen pacing backstage outside of the women’s locker room. Tamina Snuka comes out and he asks her to go find Carmella for him. Becky Lynch comes out instead and says that Ellsworth doesn’t need to worry about Carmella because they’ve got a match tonight. He goes on a rant about how the “women’s revolution” is ridiculous, and how he’s a man that could never lose to a woman because men are superior in just about every way. He literally said that. Becky told him he didn’t have any balls, and walked off with a purpose.