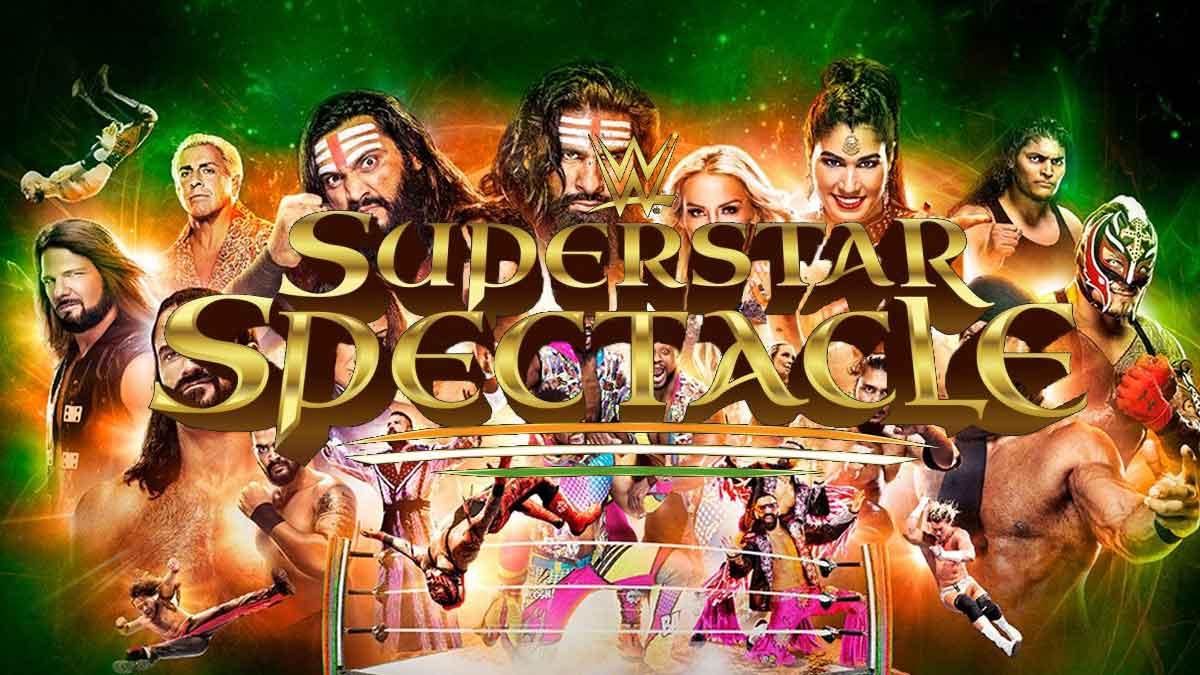 WWE taped five matches and several segments at the ThunderDome on Friday for their upcoming Superstar Spectacle event.

The show will air on Tuesday, January 26 to coincide with India’s Republic Day, streaming throughout the country on Sony television stations as well as internationally on the WWE Network.

Thanks to ITNWWE.com for results.

The show opened with a video package and promo from Triple H introducing all the Indian talent currently training at the WWE Performance Center who will be in action.

There was a segment with Jinder Mahal coming out to hype up the ThunderDome fans that may or may not air on the actual broadcast. Big E and Xavier Woods reunited as The New Day and had a segment with The Street Profits to introduce a Bhangra performance from a group called Spinning Canvas.

Prior to the main event, “Nature Boy” Ric Flair came out to say hello to the Indian fans, but was cut off by a heel promo from Jinder Mahal and the Bollywood Boyz. Drew McIntyre made the save and introduced Indus Sher.

The show ended with all the Indian wrestlers in the ring celebrating with Drew McIntyre and Triple H. Everyone was given colorful garlands.